In true Behringer style, another absolutely classic synthesiser remake has been leaked, and this time it’s an upcoming Behringer 2600. 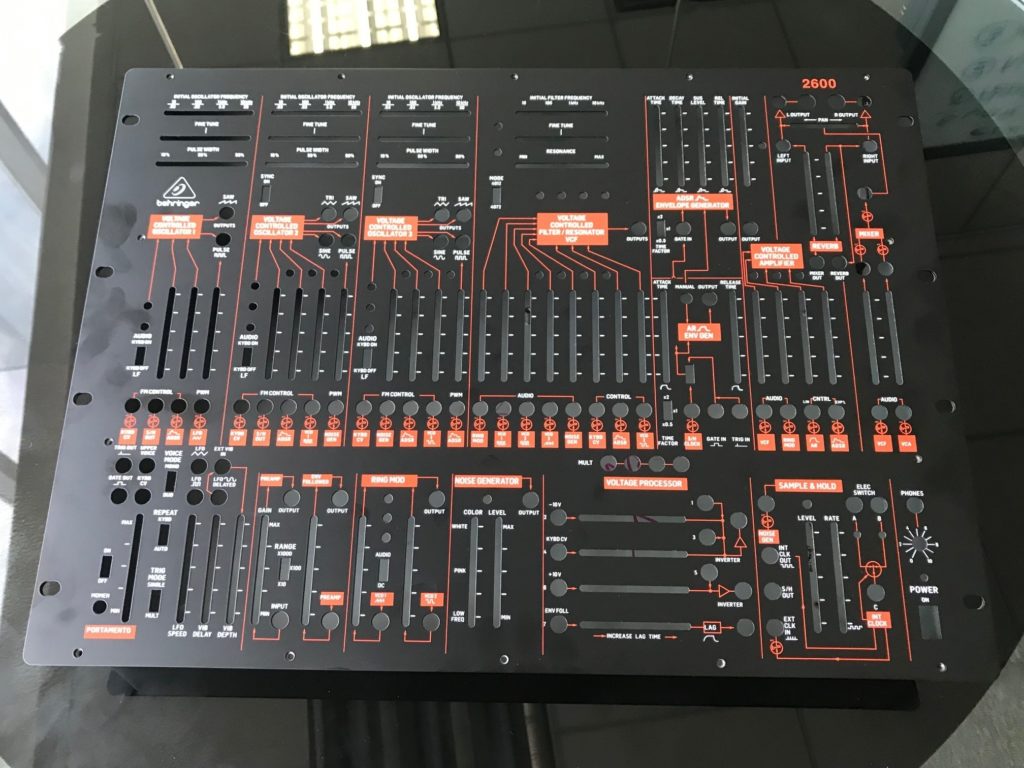 The Arp 2600 first hit the market in 1971 and quickly became incredibly popular competing with the much larger modular systems at the time, while being incredibly compact and intuitive enough to be used as a teaching instrument.

The Arp 2600 is widely regarded by many synth enthusiasts as one of the greatest analog synthesisers of all time, it’s versatility and size made it popular for live performing artists and studio sound designers alike.

It’s been used by acts such as Orbital and Jean Michel Jarre on stage, and was even used to create the vocal effects of R2D2 in the original Star Wars trilogy.

The Behringer 2600 looks like it honours the idea and architecture of the original Arp 2600 by further compacting the design without skimping on necessities and offering an incredibly accessible solution for a real analog sound-design powerhouse for the people.

It looks like the Behringer 2600 is designed to fit into  19” rack, with 3.5mm patch-points to interface perfectly with the Eurorack modular standard.

Are there any new features in the design?

The Behringer 2600 is an authentic recreation of the original Arp 2600 circuitry, it will feature three VCOs, each with switchable tracking and LFO mode, FM inputs and multiple shape outputs.

The Behringer 2600 also has two dedicated LFOs, something you had to use oscillators for in the original Arp 2600. They’ve also incorporated MIDI into the design in the form of USB and DIN MIDI.

We’re still waiting on an exact price, but if their recent releases are anything to go by this one is going to be a great deal. Behringer announce a lot of these teasers on their Facebook page, tune in their for the latest news.