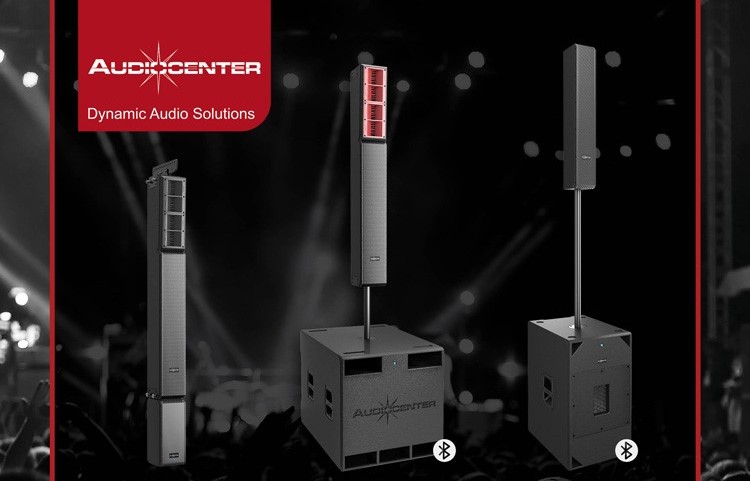 The  Audiocenter L-Series is a range of incredibly compact and portable active column PA systems, great for mobile and installation applications.

First up in the range is the combination of L65 and L65A – consisting of passive speaker column and amplifier module that attaches to the bottom of the speaker.

The speaker component has six 5” woofers and four 1” high-frequency drivers and is capable of putting out a maximum SPL of 134dB. The entire column weighs in under 25 Kg.

Keep in mind the L65 + L65A system only has a frequency response of 75hz-20khz so it’s probably not going to hold up for bass-heavy application, however the next option will be far better suited.

The L65 + L65S is a two-column PA system consisting of the L65 as mentioned above, this time coupled with an 18” active subwoofer.

The L65S subwoofer component also takes care of powering the column, it’s also got a simple mixer built-in with Bluetooth connectivity. The L65 + L65S system puts out 3600 watts of power and covers from 40hz – 20khz. 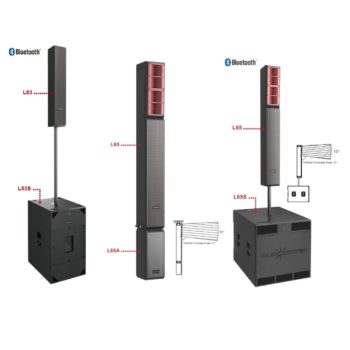 Last but not least…

Next up in the new Audiocenter L-Series is the L83 + L83S bundle, it’s a slightly smaller version of the L65 + L65S, consisting of a column speaker with eight 3” full-range drivers and a dual 12” active subwoofer.

This one also has Bluetooth connectivity.

Each of the systems have integrated DSP processing, limiting and various protection circuitry to maintain the quality of audio but also protect the gear.

Retail pricing on the Audiocenter L-Series systems is as follows:

Audiocenter is distributed by Viva Afrika, visit them on Facebook.