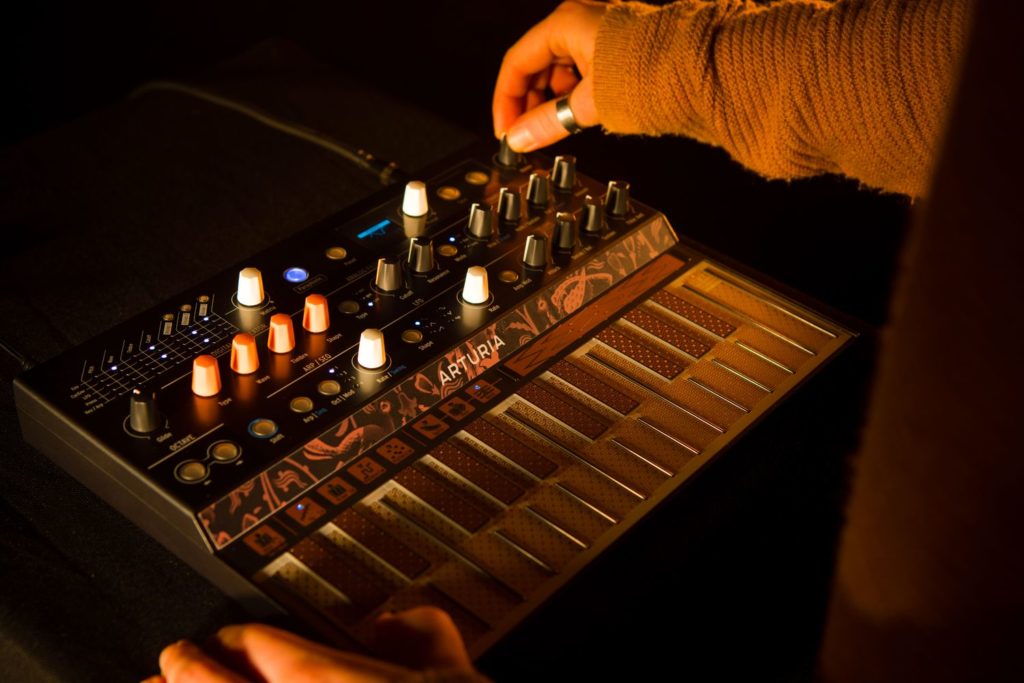 The Arturia Microfreak is already an incredibly versatile little synthesizer, the original release featured 12 unique oscillator modes and several advanced modulation and randomization parameters. The latest Arturia Microfreak firmware update introduces a new chord mode, allowing you to punch in a series of keys, and then trigger them with a single note – transposed across the keyboard.

The new 2.0 firmware also introduces a new scale quantize mode which changes all of the white notes to trigger specific notes within a scale instead – which is a very cool feature, not only for those who don’t know scales but because the keyboard on the synth is very small and pretty hard to play melodies with. Scales can be assigned per-preset or on a global scale.

The new Arturia Microfreak firmware update introduces a new oscillator mode, it’s a noise generator however it goes a lot further than that. It features a variable type control on parameter one which can sweep from particle-like noise, through white noise into a ringy-metallic noise. Parameter two is a sample-reduction/bit-crush style effect while parameter three is an additional basic oscillator with sine, triangle and square shapes. 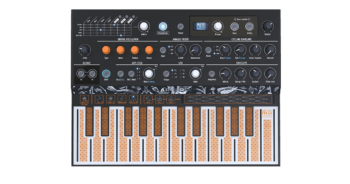 Just this single oscillator is capable of everything from chiptune style percussion and vinyl crackle to lo-fi synth sounds.

This is exciting for Microfreak owners as it means we will probably see several new oscillator modes introduced in the future. We can only wait and see…

Arturia has also added some refinements to the sequencer and mod matrix, they’ve added the ability to quickly clear all modulation assignments – simply hold shift and click the matrix button.

The MicroFreak firmware update is free of course.