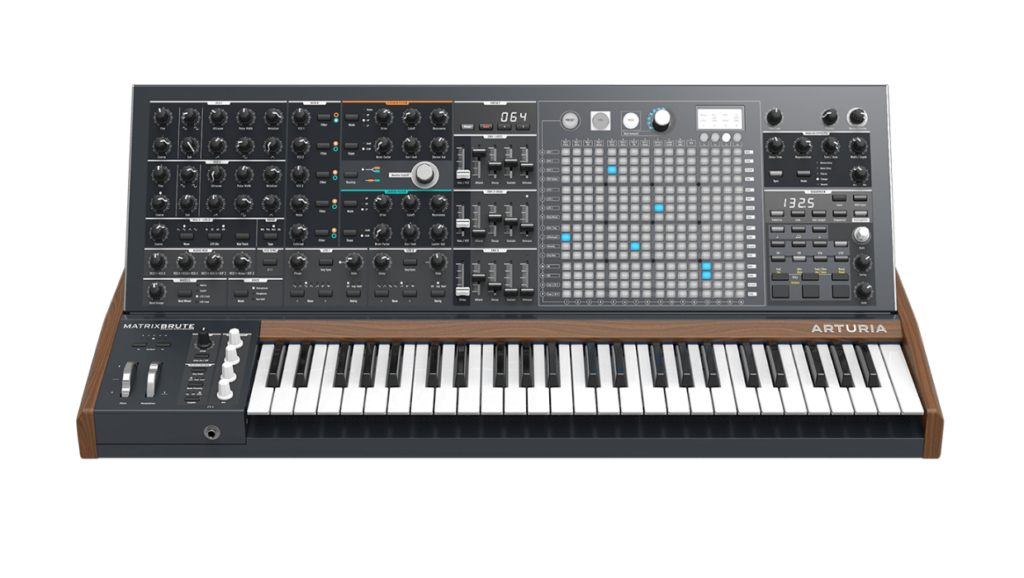 One of the biggest new additions in the latest Arturia MatrixBrute 2.0 update is the new modulation system. In the original release, the modulation matrix only featured four modulation destinations per-slot, and most of them were pre-assigned.

The new modulation system allows for up to 16 custom destinations per-slot and you can easily choose which parameter is assigned to that destination.

Another awesome addition to the modulation system is the new custom drawable LFOs. Using the matrix buttons you can draw your own waveshapes to use as LFOs, you can quantize or smooth the shapes and sync them to the master clock or set them to run freely.

Arturia has also added a new “system” mode allowing you to make a variety of configuration changes directly from the hardware unit, whereas previously you would have to connect the synthesizer up to the Arturia MCC software to make those changes.

They’ve added the ability to see more clearly what’s going on with the steps, duplicate, delete or rotate sections quickly-and-easily. There’s also a new “Preset Compare” mode which allows you to preview presets before saving over them, this is a great way to make sure you don’t mistakenly save over a beloved preset.

The new update also introduces a host of enhancements and bug fixes, from Arturia themselves – ”We’ve listened to MatrixBrute owners, and made things work even better for them. Now real-time recording with legato won’t retrigger envelopes, changing presets doesn’t reset the sync, and many more little improvements.”

The firmware update is available to all existing MatrixBrute owners.