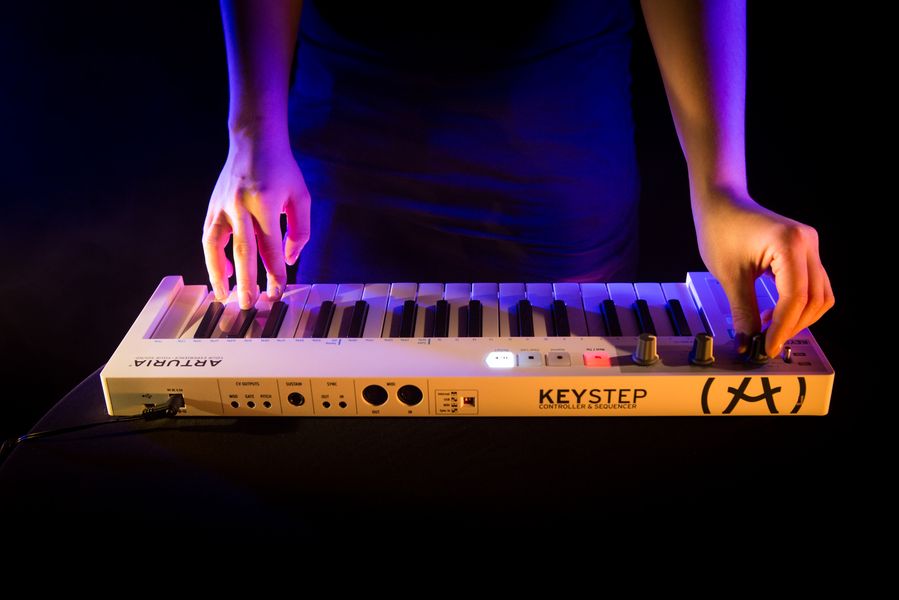 There’s no doubt that the Arturia KeyStep is just about the most versatile MIDI controller for its size. Not only is it a fantastic companion for laptop or desktop producers, the fact that it has both MIDI and CV/Gate outputs make it great for controlling synth setups too.

The Arturia KeyStep has an internal sequencer and arpeggiator which is one of the key aspects that sets it apart from the competition. You have the ability to create automatically generated arps or record in sequences live or in a step-like manner.

There is even a chord mode allowing you to trigger varying chords with single notes.

The new KeyStep 1.1 firmware update adds some new functionality to the sequencer, allowing for varying the sequence length on the fly.

All you need to do is hold the “Record” and “MIDI Channel” buttons to enter sequence length edit mode, then the first 16 notes on the keyboard control the length of your sequence. This is a great way of creating almost endless variations on a sequence you’ve already created. 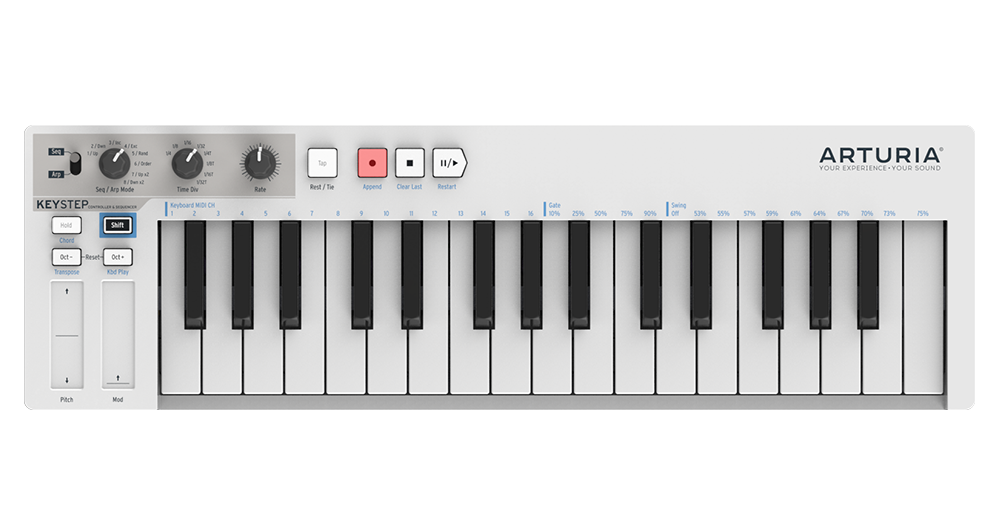 The new KeyStep 1.1 firmware update sees the addition of a new “Armed” setting, which gives you control over the way the Arturia KeyStep handles incoming MIDI clock signals – whether you want the play/stop of the KeyStep to be slaved to your DAW or other MIDI host.

The new firmware update adds improved tempo quantizing behaviour. Now, you can press “Shift” and “Rate” to fine-tune the tempo, quantized to 1 BPM.

You can also now quickly change the octave of your arpeggiator on the fly by +/- 4 octaves.

Arturia have also extended the random capabilities in the new KeyStep update, there are now three different random modes to choose from – Full Random, Pattern Random and Brownian Random. Alongside a bunch of bug fixes, the new update is shaping up to be awesome. It’s free for all Arturia KeyStep users and it’s available through the Arturia MIDI Control Center software.