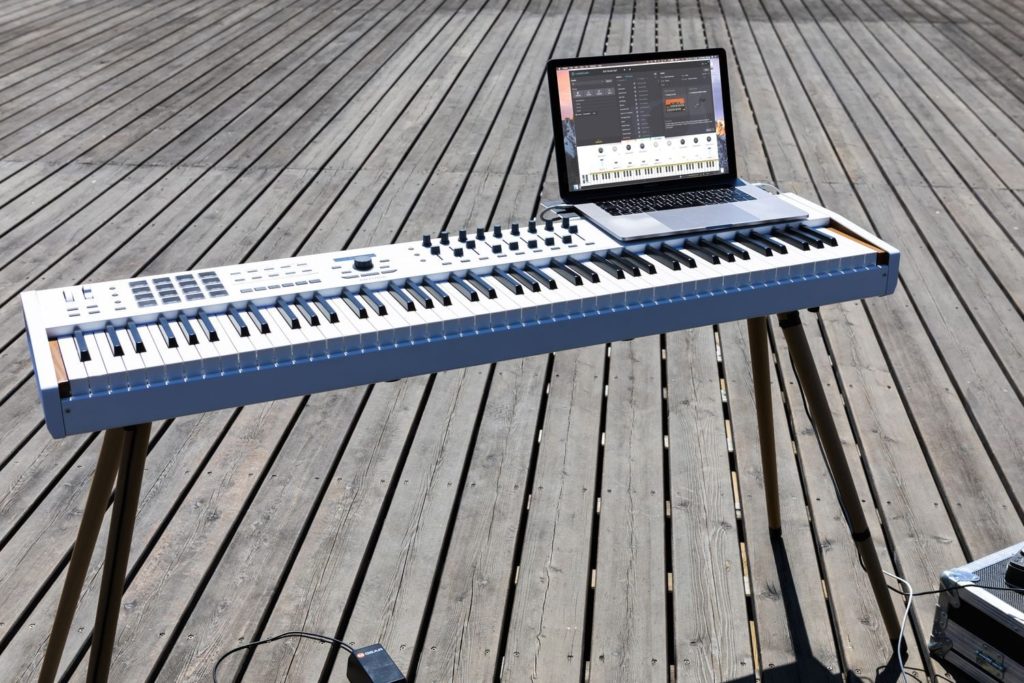 Arturia has just announced the latest iteration of their KeyLab series – the Arturia KeyLab 88 MKII, it introduces a host of features to the already packed MIDI controller.

First up, it’s got 88 fully-weighted Piano-style keys with aftertouch and velocity sensitivity.

One of the new features is the addition of CV and Gate outputs to hook the controller up to a modular system, and on a side note – it comes with a laptop stand that attaches to the back that could easily house a small Eurorack system. It’s also got the more traditional MIDI and USB.

It’s also got nine faders and encoders, rather than the usual eight – which is handy for eight channels and master control side-by-side. There are preset modes for various popular DAWs and the controller even comes with some magnetic overlays to make life easier. 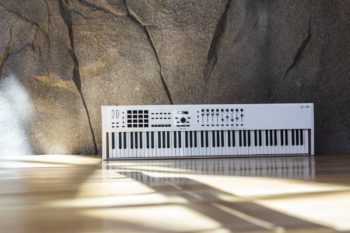 It comes bundled with Arturia’s acclaimed Analog Lab, it’s also designed to work fluidly alongside the software, with various helpful parameters such as preset controls and more. Analog Lab is a collection of over 6000 sounds derived from their V Collection series.

The KeyLab 88 MKII also comes with some of the other synths from V Collection – Piano V, Wurli V and VOX Continental V.

They’ve also included Ableton Live lite to get you started with production or recording.

KeyLab 88 MKII is set to retail at USD $999 (around R15k excl. duties) which may seem pricey for a MIDI controller, however when compared to other fully-weighted options – this one is a really good contender.