You are here: Home / Tech Corner / Tech & Gear News / Arturia AudioFuse is a beast of an audio interface

Arturia AudioFuse is a beast of an audio interface

First announced in 2015 at NAMM, it’s an understatement to say it has been a long wait for the Arturia AudioFuse to finally make an appearance. But here it is. 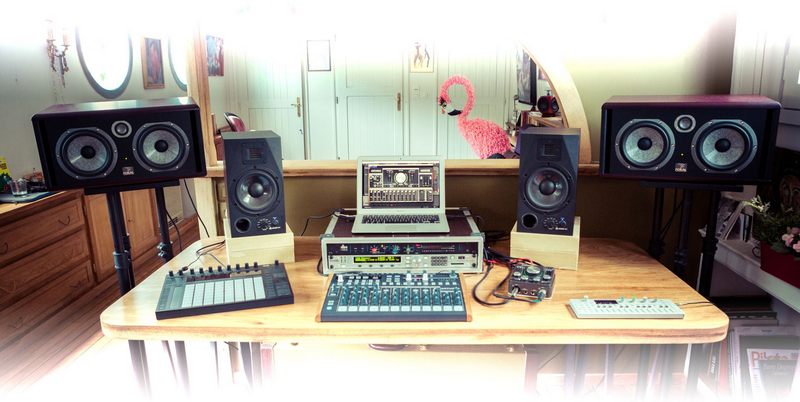 So why the long wait and what makes the Arturia AudioFuse so newsworthy?

Well it seems like Arturia are dead set on creating the ‘Swiss Army Knife’ of audio interfaces for small production studios; one that caters sufficiently for the needs of musicians, producers and DJs.

The AudioFuse seems to do this but the suggested retail price certainly means they’re aiming at the slightly higher end of the home studio market, well in South Africa at least; 599 Euro (R 8,600)

The challenge with an audio interface that aims to throw a wide net to cover each person’s needs has a lot do with how the soundcard is going to be used. For example a singer/songwriter/guitarist will most definitely have a different need than a DJ/producer.

Arturia feel they have achieved this with the AudioFuse. 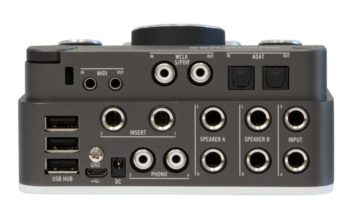 You get 4 outs and 4 ins of audio plus phono inputs with the necessary preamps, two microphone inputs with requisite preamps and MIDI in/out.

This already counts as more than the usual audio interface for small studios.

Direct monitoring, separate master / monitor mix channels, cueing for DJs which can also be used by producers doing live sets, plus proper tracking and separate monitor mixing are also included and a bunch of digital options.

The AudioFuse is actually one of the few audio interfaces that can be used professionally in one’s studio and then also taken out on the road for digital DJing gigs.  The unit also sports a 3-port USB hub which helps in the studio.

One just needs to look at the front end controls on the interface to see that they’ve pretty much covered it all. 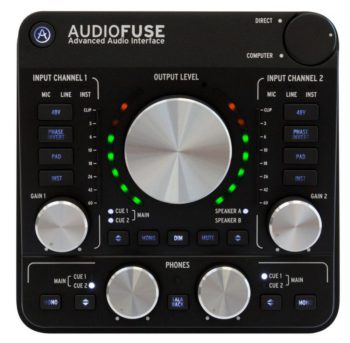