Arturia 3 Compressors You’ll Actually Use is a new bundle of legendary compressor emulations from Urei, DBX and Gates. 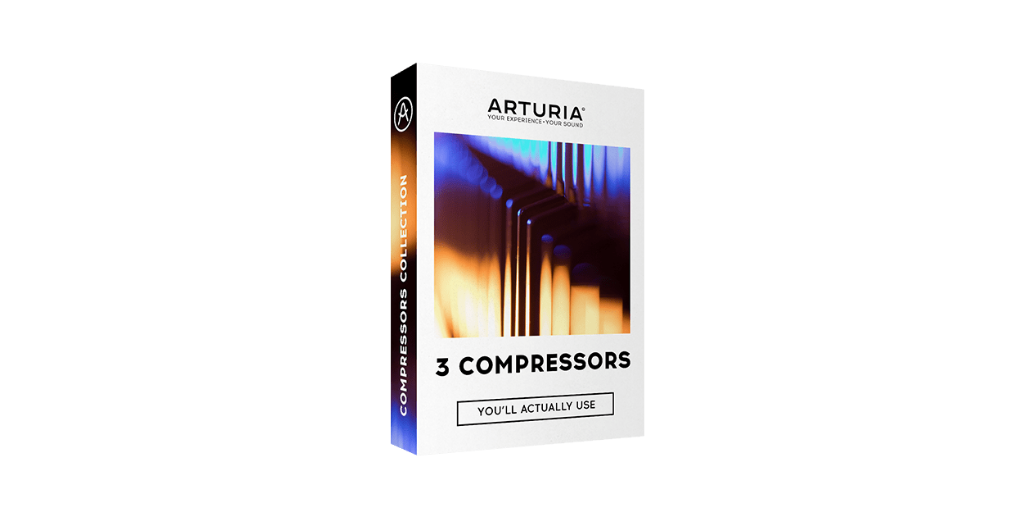 Arturia adds to their line-up of effects plugins with the new bundle – Arturia 3 Compressors You’ll Actually Use. The new bundle is a collection of legendary studio compressor emulations. First up is the new FET-76 – based on the incredibly popular Urei 1176 which is known for its sharp attack and ease of use. The classic Urei 1176 was introduced in 1968 and quickly became a popular tool in recording studios, being used on albums from Led Zeppelin and Rolling Stones to Michael Jackson. The FET-76 adds onto the classic design by introducing various advanced controls unique to the Arturia plugins. There’s a Mix knob for parallel compression and various side-chain settings in the “Advanced Panel”.

Next up in the new bundle, Arturia 3 Compressors You’ll Actually Use, is the VCA-65 – modelled after the DBX 165A “Over-Easy Compressor/Limiter”. The DBX 165A became known for its punchy and gritty character, it quickly became a mainstay in recording studios all around the world. It became particularly famous for those gritty hip-hop drums of the early 90s.

The lesser known of the bundle….

The third in the new Arturia 3 Compressors You’ll Actually Use bundle is entitled Tube-STA. It’s based on a slightly lesser known piece of hardware history than the Urei 1176 and DBX 165A, the Gates STA-Level. It was well-known in the broadcast industry in the 50s and 60s and was used as an intuitive automatic levelling tool for radio presentations and other productions. The retro sound of the Gates STA-Level became iconic and moved into the realm of recording studios and more musical applications.

All of the plugins in the new Arturia 3 Compressors You’ll Actually Use bundle come with a variety of advanced parameters unique to the Arturia plugins for side-chaining and M/S processing.

The Arturia 3 Compressors You’ll Actually Use bundle is set to retail at EUR €199 (Around R3200) however Arturia are running a launch promo for EUR €99 (Around R1600).