The Apogee Jam+ MK3 is the third iteration of Apogee’s highly-acclaimed portable audio interface for guitarists and bassists. 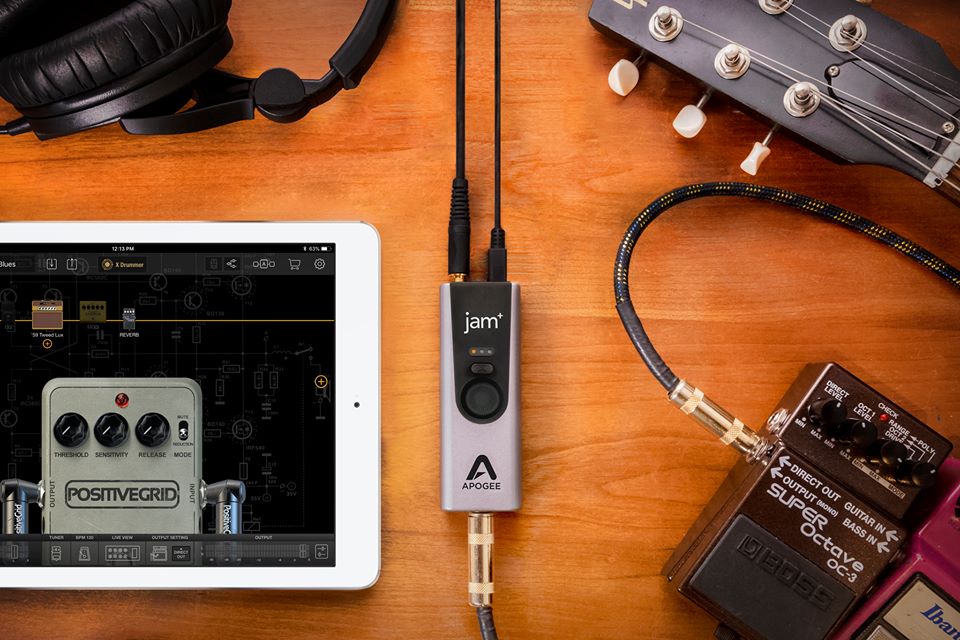 Don’t be fooled by the incredibly small form-factor, the Apogee Jam+ MK3 is a studio-grade audio interface, offering sample rates of up to 96kHz and bit depths of 24-bit. You’re not limited to using the Apogee Jam+ MK3 with a guitar or bass, it also works with keyboard and synths, and with the use of an external adapter you can even hook up a microphone.

Apogee Jam+ MK3 now features a stereo headphone output, for those phones that don’t have one; you can also run this to an active speaker to use as a cabinet for your guitar. The new version of Apogee’s portable audio interface features a “Zero-Latency” mode, allowing you to blend signal from your instrument and DAW – whether you’re using an iPhone, iPad or Laptop.

The new Apogee Jam+ MK3 even features a built-in overdrive mode, to make the most of your electric guitar sound. This allows you to boost the signal before sending it into your interface, for a cleaner signal-path if you’re using digital effects, or just a subtle boost.

What’s the DL on the software?

The Apogee Jam+ MK3 comes bundled with BIAS FX by Positive Grid, which is a host of high-end amplifier simulations and effects suited specifically for guitar. The interface is Plug and Play, meaning you don’t have to install any third-party drivers to get it working, just download and install the extra software to make the most of your guitar tone.

The new Jam+ MK3 is built in a solid metal housing, unlike previous generations which seemed a little bit on the flimsy side, however that being said it is built in the USA. The Apogee Jam+ MK3 is set to retail at USD $159.99 (Around R2400 excl. duties).

Apogee is distributed by Tuerk Music in South Africa, visit their website to find your nearest stockist.