A new synth manufacturer has released teasers of Ampethron, a futuristic digital synthesizer powered by a large touch-screen interface. 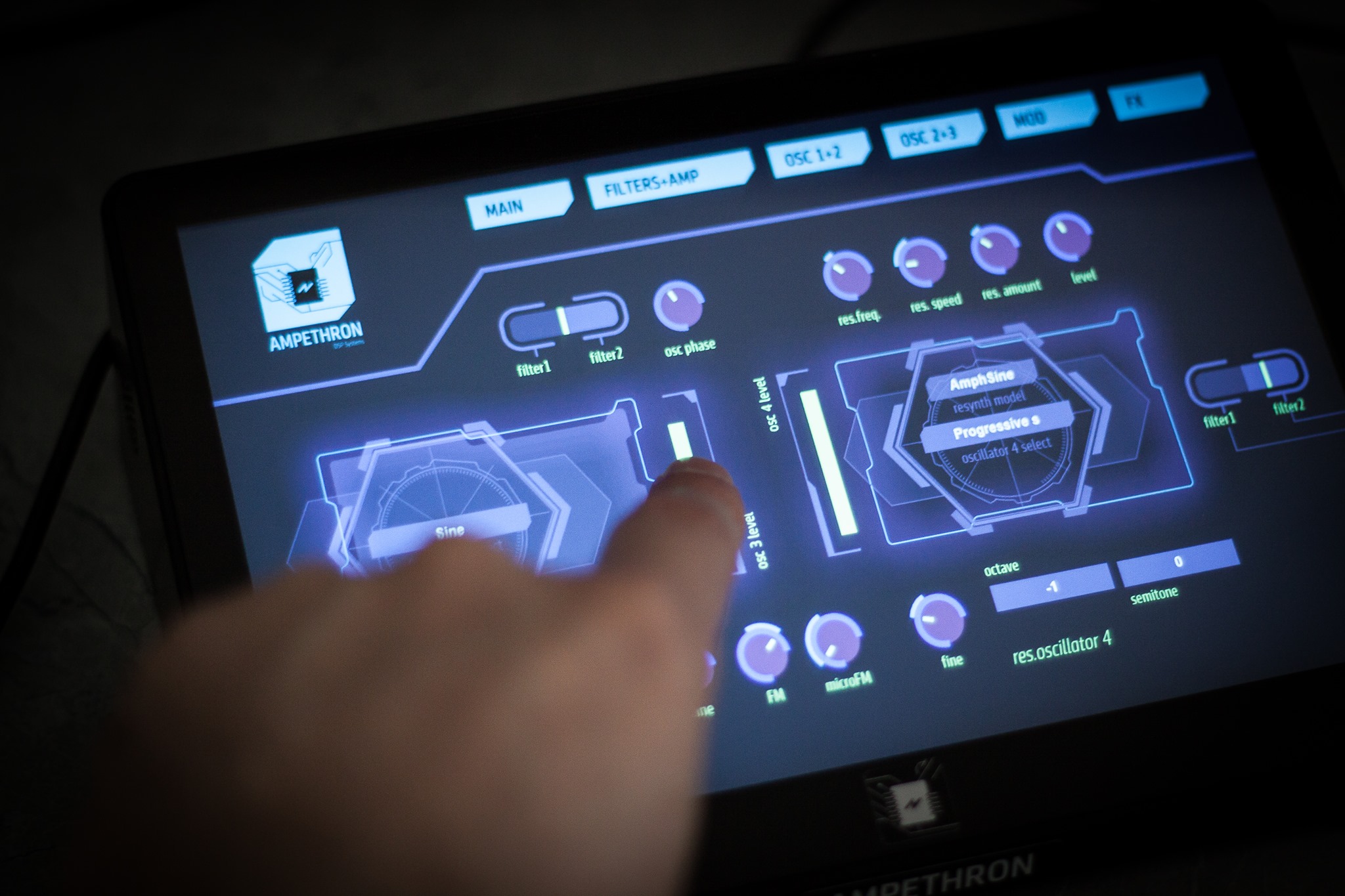 They are yet to announce much of the finer details of the new DSP-powered touch-screen synthesizer, however, the existing teaser footage does let us in on some of the core ideas behind the system.

In the teasers, we can see that the unit features various inputs and outputs, USB, HDMI, ethernet and of course audio.

It’s got a Wi-Fi antenna, that’s probably for content syncing or wireless control. The teaser also features some imagery featuring control of the system using an Xbox controller.

The coolest part of the concept is the amount of features they have packed into this form-factor, the interface is entirely made up of a touch-screen which allows it to scale to almost any application. For beginners, it’s much less daunting to only display core parameters than having to sift through hundreds of knobs to find the one you want to tweak.

The system is powered by DSP, which makes it pretty expandable and the interface can adapt making it a very future-proof design.

What features we know so far

The Ampethron engine features four oscillators with multiple algorithms, from Wavetable and virtual analog to various re-synthesis algorithms and wave drawing capabilities, which I think combines pretty well with the touch-screen.

There are two filter engines built-in, they can run in parallel or serial and feature 14 different filter types to choose from. From what we see in the teaser there are no hardware parameter controllers, however, the developers have said that they do plan to incorporate hardware controls – I’d like to see a “breakout-box” style, with a couple of key parameters to map, I’m not a huge fan of touch-screens, however, in this idea it could be cool to combine the best of both worlds.

The device will be launched on a crowdfunding campaign soon, so stay tuned for more details…