Some inside info on the elusive Ampethron Portable synthesizer 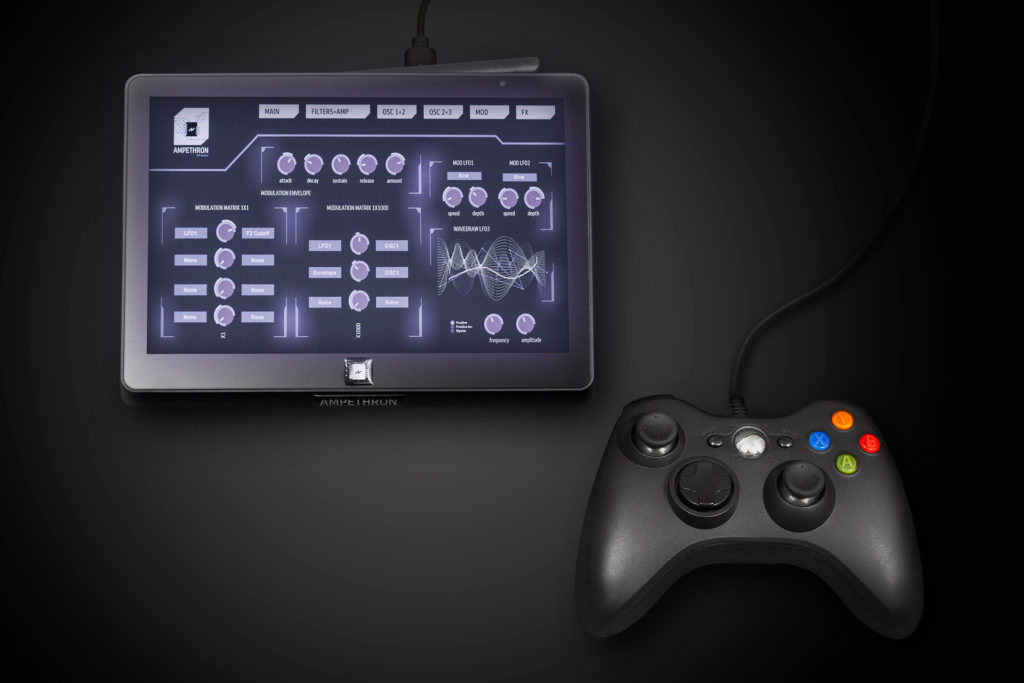 Essentially, Ampethron Portable is a single piece of hardware with an ever-evolving synthesizer inside, it comes with a standard synth engine – however, new algorithms can be downloaded, copied to a flash drive, and loaded up inside the unit.

Like a VST plugin that you can take anywhere, with the convenience of quick and easy hardware integration.

The system is like a mini-computer, you can connect a variety of peripherals from a keyboard and mouse to a MIDI keyboard and even Xbox controller – making it a great companion for studio or live performance.

In terms of capabilities, the default engine features four oscillators (wavetable, wavedraw and analog style oscillators), those feed into the filter section which is made up of two unique filters which can run in parallel or serial.

One of the filters features 14 unique filter types, while the other is an analog style filter. It’s also got a whole host of different built-in effects, from ping-pong delays, flanger and saturation.

I like the idea of a single hardware unit for designing sounds. I’d like to see some compatibility between VST developers and this platform – that would be epic.

Like I said, the Ampethron Portable is basically a miniature computer – it’s got a Quad-core CPU, 2GB of RAM and 32GB of internal memory for storage.

“After more than 4 years of development, multiple beta testing stages, everything is coming to perfection and we are ready to roll out. We are starting a Crowdfunding Campaign mainly because we need to know how many pieces should be produced in the first series” Ampethron company says.

We can expect the product to be officially released in the third quarter of 2020, and the estimated street price is EUR €369 (Around R6000 excl. duties), not bad at all if it pans out how it looks.

Check out the crowdfunding campaign here.