The Allen & Heath XONE:96 has officially been released, and it’s turning heads of DJs and performers the world over. 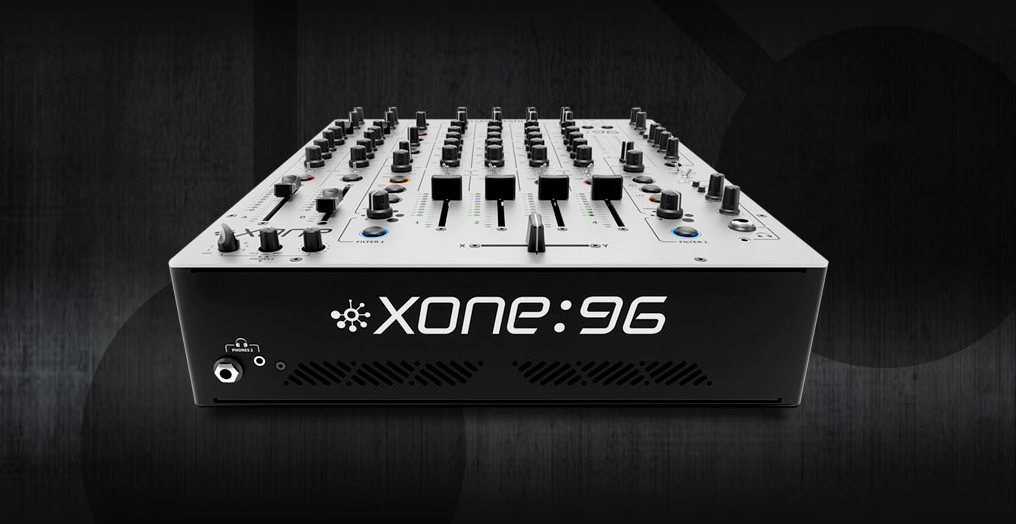 In true Allen & Heath style, their new professional DJ mixer’s core focus is ultimate audio and build-quality incorporated into a feature rich package. The Allen & Heath XONE:96 is built into a solid full-metal chassis. The potentiometers are bolted onto the front panel – ensuring years of wear and tear without giving in, the line faders are side-mounted with the track facing 90 degrees away from the front panel – this is a very innovative concept to safeguard your faders from crackling and dust.

Tradition vs. Innovation – the best of both worlds… 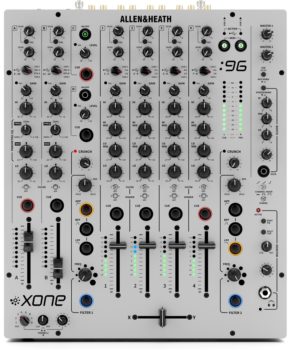 The Allen & Heath XONE:96 introduces a redesigned crossfader section, another aspect of the XONE:92 that received some bad rap. They’ve incorporated the legendary “Mini Innofader” with adjustable curve control for the crossfader and line-faders.

The new Allen & Heath XONE:96 is fully compatible with Traktor, allowing the use of MIDI and DVS capabilities. Almost every parameter on the panel is MIDI compatible, via USB or MIDI. You can also quickly flip through MIDI channels on the mixer’s panel, allowing you to control multiple software applications/hardware units from the mixer.

We also see the introduction of a second dedicated headphone outputs and cue section. Allowing two DJs to cue different sources independently. Alongside the dual USB audio interface, I think the Allen & Heath XONE:96 is going to become the staple for back-to-back DJ sets and live performances.

Check out the Allen & Heath website for more details