The Akai Pro 2014 gear that first got us excited when announced at Musikmesse earlier this year is now available in South Africa through leading music retailers countrywide. Akai Pro have a formidable range of production and performance gear for the modern day producer and electronic music performer. 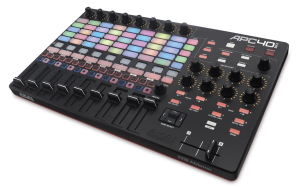 The legendary APC40 gets a facelift and a new design. It has a flatter base, with more of a hybrid mixer and digital control surface look about it. The new design is said to be based on 5 years of feedback from Akai users. 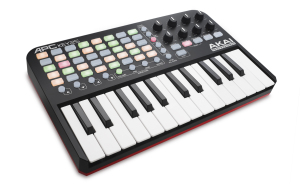 This two-octave keyboard is the perfect controller both in the studio and for gigs. Compact but still with a lot of buttons and knobs to control all the critical data whether its onstage or in your DAW, the 5×8 matrix of buttons are perfectly placed to launch clips in Ableton. 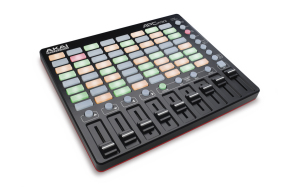 This ‘APC40MK11 mini-me’ is the replacement for the discontinued APC20. It is not actually just a smaller version of the APC40MK11. It is of course smaller and more compact, but the APCMINI is designed for those looking mainly for trigger performance attributes, added portability and will work well with laptop and DJ mixer.

The new MPK2 keyboards are an addition to the hugely popular MPK series of controllers that Akai released over two years ago. The chassis is slimmer and these 3 models all sport RGB backlit pads which come straight from Akai’s legendary MPC Renaissance plsu a 20-character LCD screen. 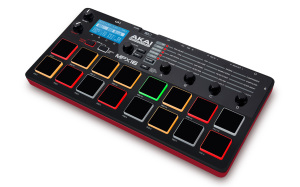 Akai have an amazing range of ultra portable devices for producers permanently on the move. The MPX16 along with the LPK25 keyboard controller are two such units for the laptop producing generation. This sampler can be used both for recording external samples on the move and for playing back and triggering samples and includes 16 pads, an internal mic (plus a 1/4-inch jack for mic input) and full USB midi in/out.

The RPM500 & RPM800 studio monitors boast an excellent feature list and a superb finish. Optional connectivity in the form of XLR, balanced ¼-inch TRS, and RCA inputs comes standard and there are HF Trim, MF Boost, and LF Cutoff controls to set the speakers up in any environment. The cabinets host bi-amplifiers which means dedicated and perfectly matched amplification for the tweeter and woofer.

FIND A STOCKIST IN SOUTH AFRICA

Come check out and play with some of Akai Professional South Africa latest gear. The APC MKII, MPK 249 and MPK MINI MKII are just a few of the products that will be on display and ready for you to demo.
Bring along your headphones and play!
There will be several workstations setup with the MPC Renaissance and Ableton controllers for students to test out.