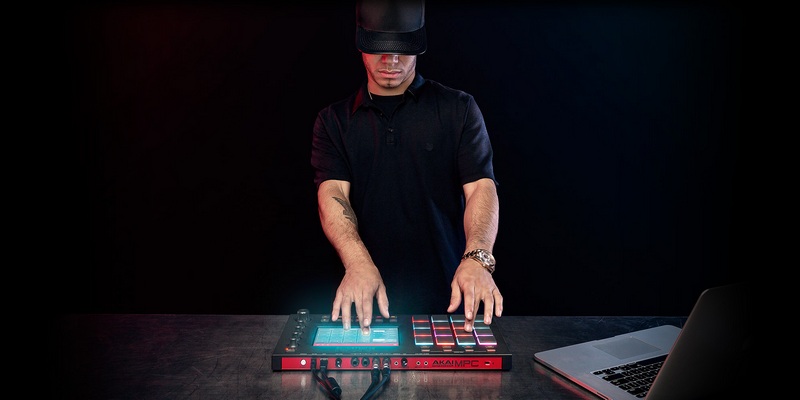 The MPC Touch from Akai comes with a 7” touchscreen which can be used to draw midi notes, pinch the waveform, chop samples and a host of other cool features.

Novelty or a practical step forward in the evolution of controllers?

The jury is still out on just how much a touchscreen improves one’s workflow. Naturally the massive success tablet computers has influenced the rise in this but does it make things quicker and easier on the MPC Touch? 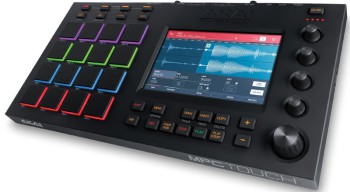 The Akai Professional MPC Touch has 16 drums pads to bang out your beats along with 4 rotaries plus a master-knob and a bunch of transport and editing buttons.

The touchscreen on the MPC Touch can be used to browse through your sample library, draw in midi notes, pinch the waveform to magnify it, chop up samples, adjust the envelopes etc.

The MPC Touch also has a step sequencer which can be fully manipulated using the touchscreen too. It is a controller though, not a standalone beat production unit so you will need a laptop/computer. But the MPC Touch also has a built-in audio interface so this unit plus your laptop and a set of monitors is enough to get your groove on. There’s also an XY effects controller so the MPC Touch could be useful both for live performance and for sketching out beats.

It has tough competition though, from the likes of Native Instruments’ Maschine, Novation Launchpad and the Ableton Push which all do a similar thing. The MPC Touch is the first one with a touchscreen though so this may give Akai a bit of an edge for now.

What’s a great piece of gear, especially if it’s a controller without sounds right? Well the MPC Touch comes bundled with over 20,000 sounds from the likes of AIR, CR2, Toolroom, MVP Loops, Sonivox and Prime Loops, all pretty solid and well established producers of great sample libraries.

The MPC Touch will be available in November for £499.

Check out the intro video plus demos by hip-hop producers Needlz and Metro Boomin.