The new Ableton Live 10.1 update is all about the small details, they’ve added user wavetables, shortcuts and devices. 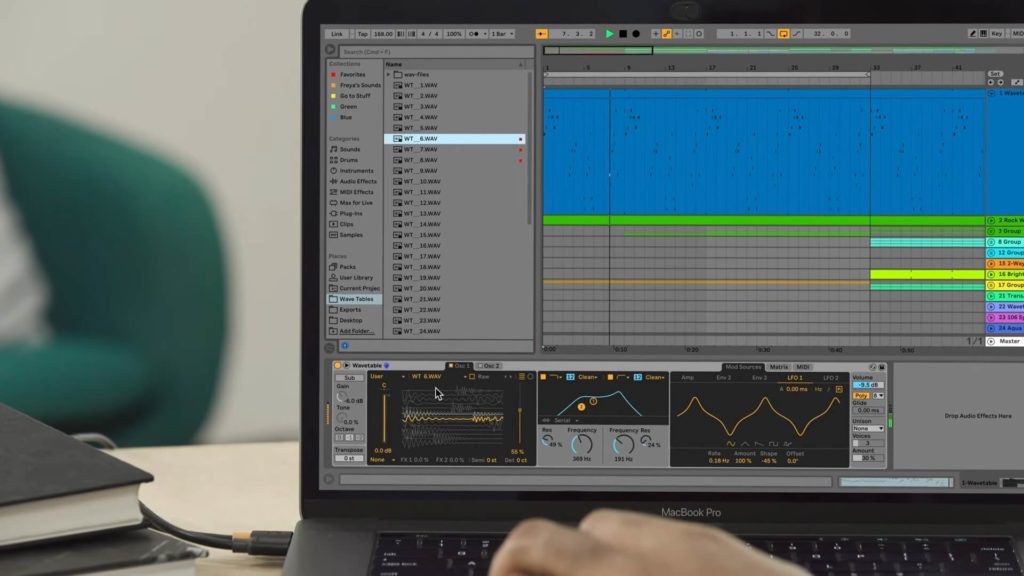 Since the introduction of their new flagship synthesizer, Wavetable, Ableton users have been requesting the ability to load up custom sounds to use as oscillators within the plugin. The Ableton Live 10.1 update adds the ability to load any wav files into the Wavetable oscillator, and save and recall those files as predetermined wavetable files.

They’ve added a new modulation system per clip, which gives you the ability to create repetitive automation motion much easier and then bring it in or out with the traditional automation lane.

They’ve also added the ability to quickly draw-in predefined automation shapes that can be skewed and stretched in real-time.

The update also sees a couple of user experience features such as the ability to pinch-zoom on compatible trackpads, resize the arrangement overview window, and various new hotkeys for zooming in and out.

The update introduces the ability to freeze tracks and retain their sidechain settings, you can also choose whether exported files have send and master channel effects applied. This is super helpful for bouncing stems or if you use correction software such as Sonarworks, but don’t want it applied to your audio export.

There’s also two new devices in the update, Channel EQ – a simplified 3-band EQ, and Delay – which is like their two previous delays, Simple Delay and Ping-Pong, combined. It’s also got an added Freeze function, which grabs and loops a snapshot of the delays feedback – a very cool effect.

The Ableton Live 10.1 update is free to all Live 10 license holders, for more details check out their website here.