Native Instruments weren’t the first company to offer DJ controllers, however, they were certainly partly responsible for the popularization of DJ controllers, having already been in the DJ industry for many years – offering top-tier DJ software solutions, the evolution into hardware controller was evident.

The original Traktor Kontrol S4 and S4mk2 were incredibly popular, however, the latest iteration of the S4 had some massive upgrades in the technology, driving the price up quite somewhat.

A lot of the new upgrades and additions are a great fit on a professional controller like the S4, however, it’s more than your average DJ needs – at the time leaving no options for four-channel DJs who are already locked into the Traktor environment. Enter the S3, a very welcome addition to the line-up for various reasons.

The new Native Instruments Traktor Kontrol S3 is the perfect fit for the current Traktor Kontrol line-up, the current S4 offers a little too many features than most DJs use and costs an arm and a leg, while the current S2 is a bit too watered-down for most DJs, forcing a lot of users out of the Traktor sphere.

The new Kontrol S3 fits perfectly in the middle, offering just the essential controls you need with expanded features compared to the S2. Of course, it has the extra mixer channels and LED feedback to see which deck you’re controlling.

The pitch faders are longer making for finer adjustments, the master outputs are balanced XLR or RCA and there’s an extra booth output for monitors.

There’s also a line input to hook up an extra synth, drum machine or sampler, and a mic input. 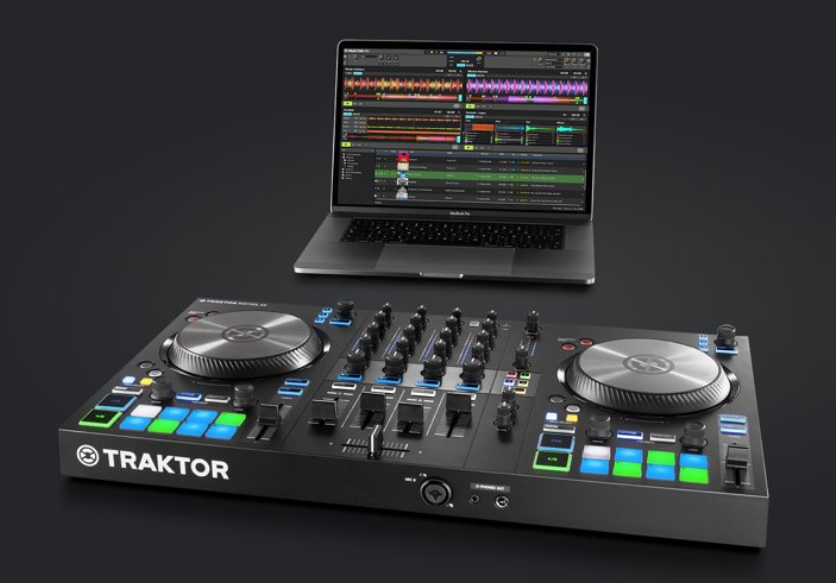 One of the biggest drawcards for a lot of Traktor users, is the incredibly vast effects units.

It looks like Traktor is moving away from the advanced effects that a lot of us have come to love, in favour of their Mixer FX. The effects are still accessible in the software or via tricky MIDI mapping, however they’re not standard controls anymore.

Another elephant in the room is the price.

The new Native Instruments Traktor Kontrol S3 is not cheap, it’s set to retail at USD $649, that’s just shy of R10k – more than the price of an original S4.

That being said times have changed and the technology involved is a lot more advanced.

It may have a lot less features, but the quality is far superior.

Ideal users here are newcomers to the Traktor environment who are looking for a bit more control than the S2 offers, most notably – four channel mixing.

It’s also a great option for remixers and live performers due to the extra inputs and monitor outputs.

As I mentioned above, the Traktor Kontrol S3 is a little bit on the pricey side, although it’s far more affordable than the S4, so those looking for four-deck control have an option now.