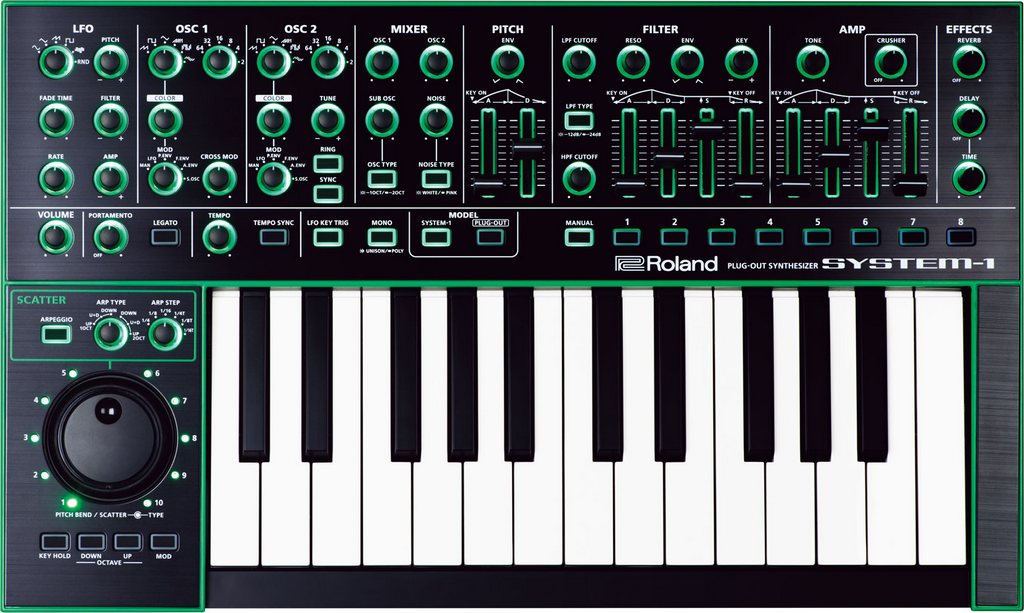 The Roland System-1 plug-out synth is one of the 4 new pieces of gear that make up the Aira Series, first announced at the start of 2014.

Recently they also added the Roland Aira SBX-1 Sync Box, a very handy device that enables one to integrate both old and new equipment, merging traditional midi with USB midi.

In April several established Cape Town Music producers got to test the TR-8 Drum Machine and TB-3 Bass synth and offer their opinions on these new studio and performance instruments.

But one piece of tech that many of us have been eagerly waiting to try out is the much vaunted Roland System-1 Plug-out synth. We will be publishing a full review about the synth in the next 2 weeks, but in the mean time here’s why we’re eager to try it out…

3 Things that excite us about the Roland System-1

Otherwise known as ACB, this is Roland’s new firmware technology that is a complex digital replication of the analog circuitry that went into Roland’s legacy gear. Roland maintain – and it certainly was proven with the TR-8 and TB-3 tests – that this new ACB technology is able to accurately mimic the waveforms and, as a result, the exact sounds of their highly desirable vintage instruments. Whilst it is still a form of analog modeling, Roland say that it is more advanced as they have dissected every detail of the original design drawing and combined this analysis in the same manner as the original circuitry. The prospect of an accurate sounding vintage Roland synth is tantalising to say the least.

Whilst the term ‘plug-out’ may confuse people who might think the Roland System-1 is simply some sort of sampler or controller that is able to manage sounds from a soft-synth library, it is in fact a fully functional stand-alone synth. It boasts no less than 4 oscillators, an advanced arpeggiator and a host of FX and performance parameters, all controlled with dedicated rotaries. 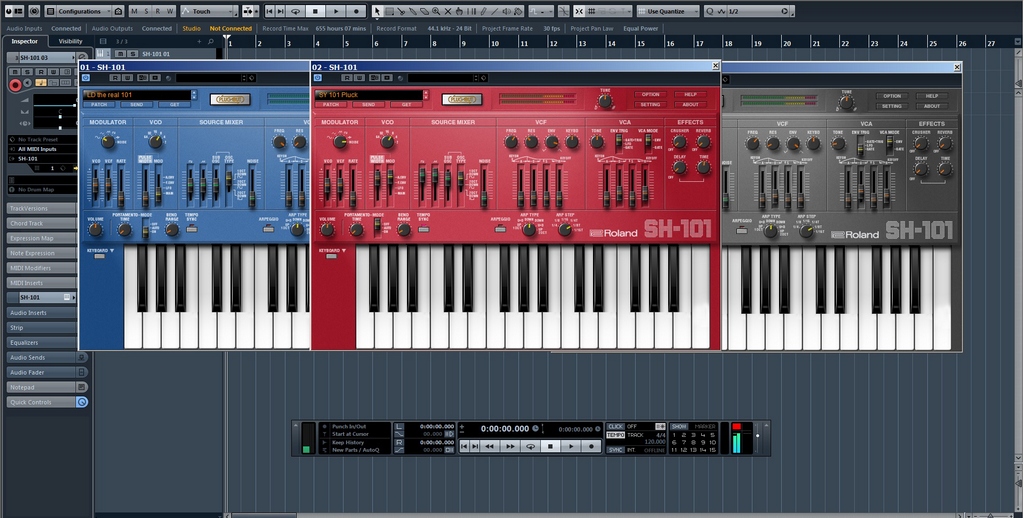 So what is this plug-out term they’ve come up with on the Roland System-1?  The concept is simple. Buy one synth and have the potential to own many synths, but with the same hardware platform. Roland’s first ‘plugin/plugout’ release is the SH-101 as a free download to System-1 owners. They have recently also introduced the SH-2 for purchase and from what we understand will continue to introduce more legacy synths over time. In a nutshell right off the bat if you buy a System-1 it’s like owning two synths – the System-1 and the SH101.  How it works is that the SH-101 is a plugin on your computer, but at the press of a button that entire soft-synth engine can be loaded onto the onboard hardware and can be used as a standalone.

The immediate advantages are…

a) less processing on your DAW

b) for performance one can actually use that very plugin, but onboard the actual synth without a computer, onstage.

So that’s why we’re excited about the new Roland System-1; New modeling technology, a great onboard synth and a growth path to many synths. It sounds almost too good to be true.

Look out for the full review soon.