Pioneer DJ Toraiz Squid is the new multitrack sequencer designed with performance in mind, perfect for hardware and software-based setups. 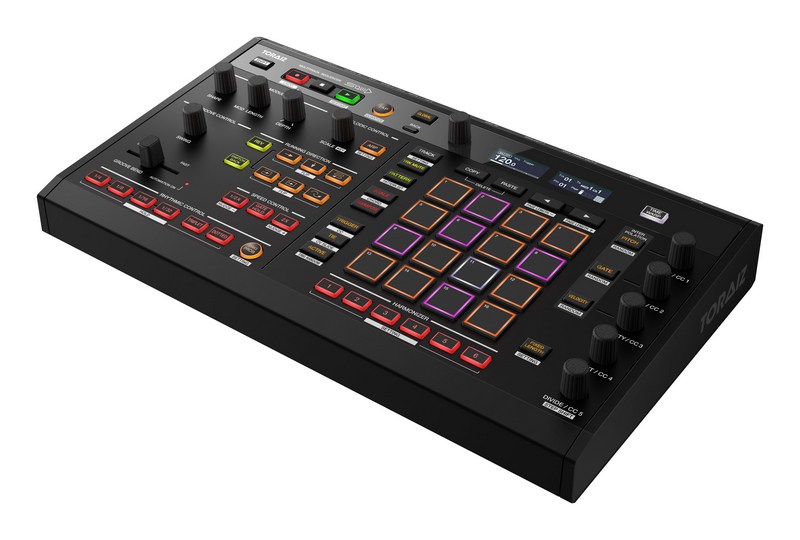 The Toraiz Squid is designed to be playable and easy-to-use, with virtually no menu-diving and minimal shift-functions.

It’s a great way for DJs to step into music production as it presents an incredibly intuitive way to play and sequence either software or hardware instruments, with various features making it a great companion for studio or DJ setups.

The sequencer can be powered by USB or regular power supply, and it features I/O to hook up to virtually any hardware synth or drum machine to DAW-based setup.

It has traditional 5-pin DIN MIDI input and two outputs, two sets of CV/Gate outputs for connecting to a modular system, analog clock I/O and Din Sync for the older synths and drum machines.

The Toraiz Squid is capable of sequencing up to 16 channels, and there are virtually no limitations to which outputs can be sequenced by which channel. Using the settings, you can quickly swap which channel is sending to which device, and easily set it up as the heart of any hardware or software or even hybrid setup. Each of the tracks can have up to 64 patterns loaded, each pattern containing its own set of settings such as direction, automation and more. 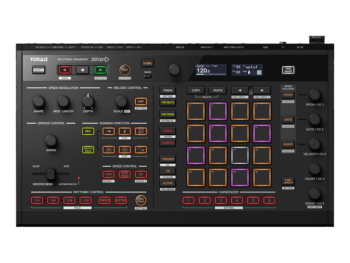 The Pioneer DJ Toraiz Squid would be a great “bridge” between your controller or computer and the rest of your studio, due to the MIDI input and ability to choose which channel or input sends to which hardware output. This allows you to quickly audition and play a multitude of synths from a single controller, quickly and easily. You also have the ability to quantize that MIDI input to a specific scale, to make sure you will always play in key.

An absolutely incredible feature is the “Time-Warp” – it’s essentially a retrospective record function, allowing you to capture the last few bars of a jam in case you didn’t hit the record button but really enjoyed the sequence that you played. Great for saving those happy accident moments.

Some really helpful features for those who may not be so well-versed in music production are the Chord Mode, allowing you to assign and trigger chords using the pads, there’s also an automatic harmonizer function that will add chords and harmonies to your arrangement depending on your existing material.

Recording can be quantized and unquantized notes which is great for those who aren’t so good with timing, but also for creating some off-kilter rhythms.

There’s also a “speed modulation” function which allows you to modulate the tempo at which a track is playing, for even more off-kilter rhythms. In terms of the notes, you can also quantize the CV outputs which is pretty neat, and on-top of that you can set up probabilistic triggers making it a fantastic companion for a modular synth.

The product comes with librarian software allowing you to drag-and-drop your projects from the Squid directly into your DAW for further arranging and editing.

The Toraiz Squid is great for beginner producers or DJs getting into the world of music production, it’s simple and intuitive and gives you enough control for most music production tasks.

It’s a great sketch pad for those who have large studios and need to get a quick idea out, and it will fit into virtually any hardware or software based live performance setup.

This is a great piece of kit for anyone looking to consolidate their hybrid hardware/software studios, all things considered it’s very well-priced especially considering Pioneer’s tradition with incredibly well-built equipment. T

For more information check out the Pioneer website here.