Monkey Banana is a German based loudspeaker company that specialise in affordable studio monitors.

As with most electronics, with loudspeakers one can generally expect to get what you pay for.

So, spend under R 10k for a set of nearfield studio monitors and any seasoned producer will tell you that the clarity and transparency of most speakers in this price range may vary quite significantly.

In fact one of the mistakes often made by buyers on a strict budget is to choose a set that ‘sounded fantastic in the shop!’

This is in fact a trap that many bedroom and hobbyist producers fall into; they choose the set that has the biggest bass or the ‘phattest’ sound as opposed to a pair of speakers that sound as flat and unimaginative as possible.

The irony of this scenario is that the more expensive the studio monitors get, the less they do to make music sound awesome. But this is the actual point of investing in accurate studio speakers; to buy a set that does not lie to you!

I have become a big fan of Monkey Banana speakers.

Not only are they remarkably well balanced studio monitors under R 15K (Turbo Series) and under R 10K (Gibbon series), the story behind how the company formed and why these speakers came into being, suggests that they are aimed at the plethora of home studio owners who need decent, reliable feedback on their mixes, but do not or cannot afford to buy the bigger, better known brand names which cost in excess of R 20K these days.

When the time came to invest in studio monitors, the quality I was after was just priced so high.”

I met CEO and founder Markus Augenstein at Mediatech back in July. We ended up shooting the breeze about all things audio related and found common ground with DJing and producing.

This is, in fact, how Monkey Banana started.

Markus was a DJ who wanted to start producing but simply could not find a suitable pair of studio monitors that fitted his pocket. So like the crazy German he is, he decided to source his own components and make them himself.

This is his story…

“I have been in the music industry for the past 25 years.

“My interest in sound was [and still is] based on that I’m a producer and a DJ. I started DJing when I was pretty young.

“So I gained my knowledge from producing house tracks and techno music.”

Markus started out as many do by using classic Hi-fi speakers but soon realised that this would not cut it.

“When the time came to invest in studio monitors, the quality I was after was just priced so high. So I wondered if it was possible to create a speaker which was not too expensive but which could achieve the sound quality level I was after.”

Markus says he felt at the time that a lot of the cost of a set of monitors was for marketing and paying for a brand name.

“I had a good friend who was an electronic engineer and he was able to create what I was thinking of. I understand acoustics so the electronics was taken care of by my friend who was able to design what I wanted. That’s how we got our first speaker and when that was ready many of our DJ/producer friends liked them very much and wanted to know how much it had cost me to make.”

Markus says even he was surprised at the quality he could create for the price and naturally his friends and peers wanted them too.

We’re always aiming to produce speakers that aim to be at least as good as two price levels above us.”

Suddenly they had a company and were in the business of manufacturing speakers.

Monkey Banana was born out of Markus’ desire to create a superior product for a better price.

“Still today the aim is to produce affordable speakers. We’re always aiming to produce speakers that aim to be at least as good as two price levels above us.

“In fact when we started to get our first test reports from magazines and reviewers we were told that our price was too low.

“But we have always said we want to have a fair product for a fair price. I’m also happy when I go to the market and buy something, whatever it is, and the price quality ratio is fair.

“It’s a good feeling when the customer feels confident in your product and can trust that it is good value.”

A Monkey Banana by any other name is… 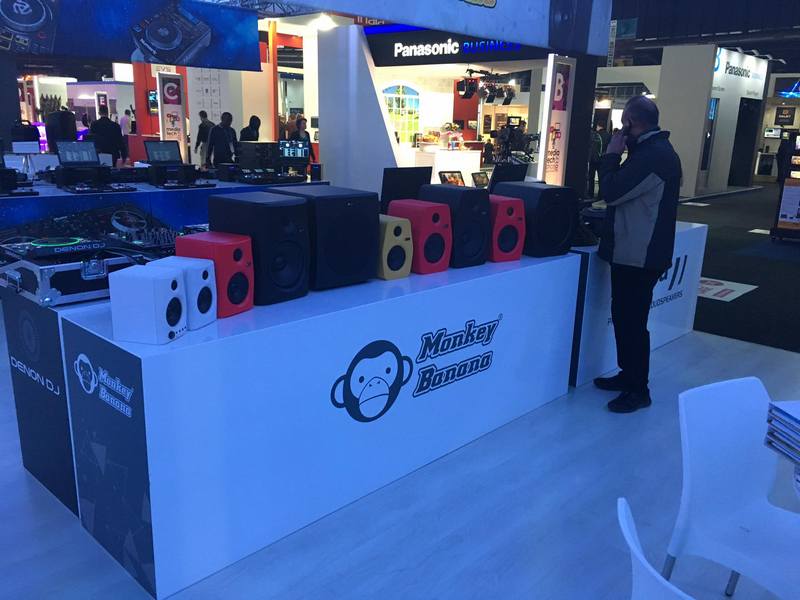 A question I was sure Markus gets asked regularly is where does the name Monkey Banana come from?

“And we had some stupid ideas on the table and we were selecting the most stupid ones to see if it was something we’d remember; in other words if the name was actually so silly that it was actually good. That’s why we took it.

“But to be honest it was hard at first. People did not take us too seriously, thinking that we were maybe a toy company. But I always say that there is a company out there which is one of the top companies in the world and their logo is a half eaten fruit. Nobody actually cares about the name. So why should I?”

More than just a name

…why go for the normal shape if it’s possible to do it in another way which looks a bit different and fits our name so well.” 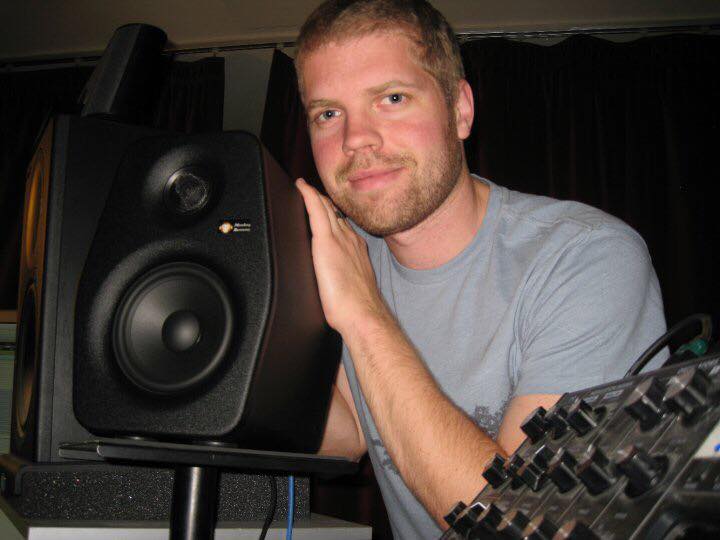 Morgan Page and his Turbo 6

The thing about the Monkey Banana range of speakers is that it’s not just the name that is unconventional. Their colour schemes and cabinet shapes are also unique.

“The main purpose was first to focus on the sound.

“So I said why go for the normal shape if it’s possible to do it in another way which looks a bit different and fits our name so well.

“The hexagonal shaped speakers do have some effect on the acoustic side otherwise we would not have selected it but it was more of a case of realising that there was no significant benefit to just using a traditional square shape.”

We aim for the best results we can create with the components we are able to use without creating a speaker that costs ten times the price.” 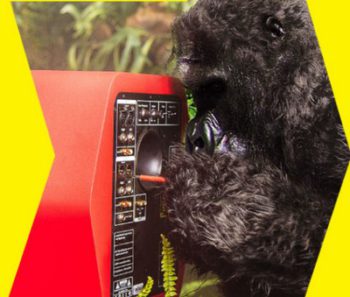 Aesthetically the Monkey Banana range is very appealing. But any serious producer should look beyond the groovy colours and funky shapes.

What makes the company so confident that their speakers are better than their competitors in the same price bracket?

“We still use Class A/B amplifiers and a normal crossover inside – not a big deal.

“A flat response of the speaker is always good because when you get out what you put in, this is what you want.

“Sometimes the curve shows you one thing but your ears are telling you something different and then it gets to the point where you cannot only trust the curve or your measurements.

“One needs to understand how people judge sound. How they mix. What they prefer. So it’s a combination of measuring and also a listening experience, trials and errors. I can also say that we failed in the beginning and we worked on them for maybe two or three years. Then all of sudden we arrived at the point that they satisfied us. Then we went public with them.

“Physically, components are a limitation; a 5 inch speaker cannot go as low as an 8 inch for example, because there are physical limitations. But we aim for the best results we can create with the components we are able to use without creating a speaker that costs ten times the price.

“When you do a mixdown and then play that mix on a club system, or in your car, it does not help discovering that there is no bass because the speaker was boosting the bottom end, for example. You want a speaker that sounds honest.” 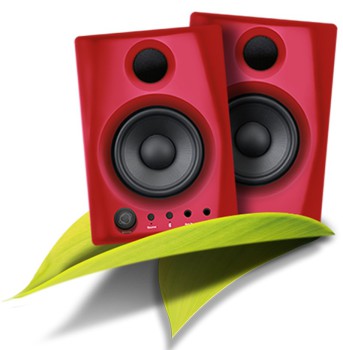 “In Europe the Baboon 6 is has picked up incredibly. I was surprised as I thought this range would be a slow starter because it’s not the cheapest one in our range. The first batch was sold out in just nine days and I was surprised. Everywhere that go I get super feedback.

“Aside from the Baboon 6 the Gibbon range, especially the Gibbon 5 which sells at a very good price point, does very well and is perfect for people starting to produce music. It’s a really lovely speaker.”

There are four ranges of Monkey Banana speakers.

Three of these ranges are currently available in South Africa via Viva Afrika who are the sole distributors.

They are the Turbo Series, the Gibbon Series and the Baboon 6.

They also have a range of accessories such as speaker stand and wall mounts plus a Banana D.I.

The Silverback, not yet available in South Africa, is a DSP driven 15” Coaxial /Bass Reflex enclosure.