The M-Audio CTRL 49 was first showcased at NAMM 2016 and is now being shipped globally. 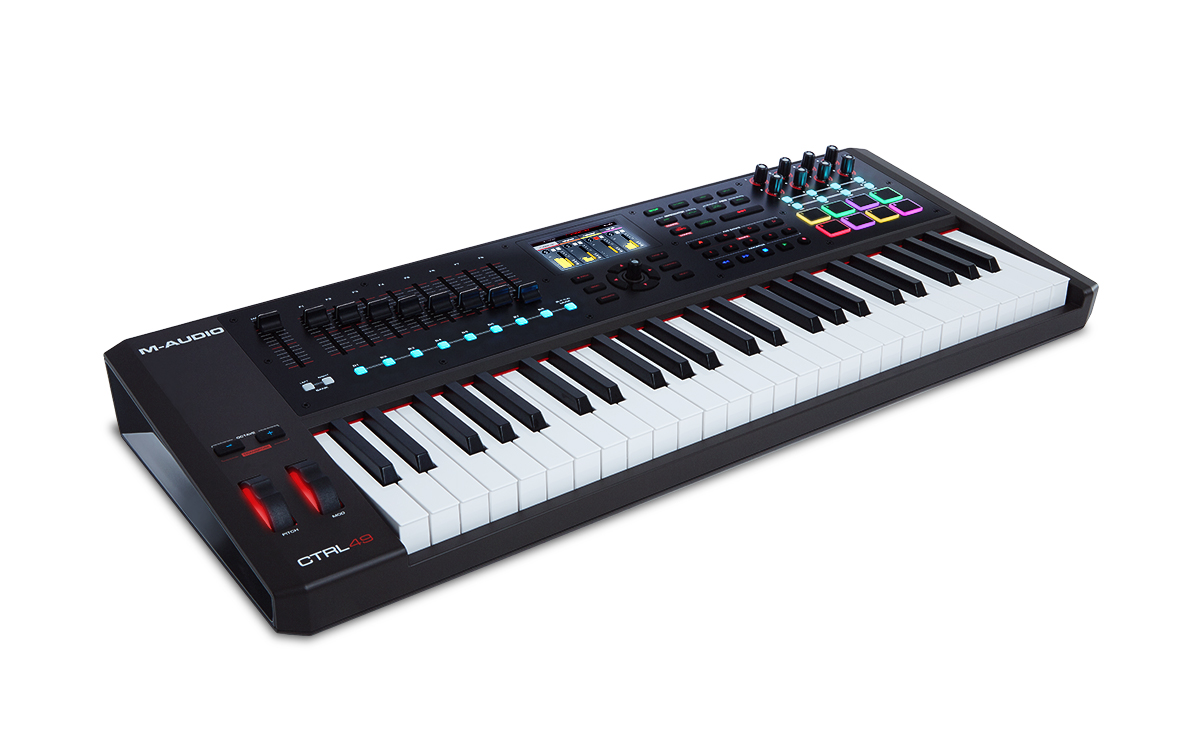 As the name suggests it is a 49-key MIDI controller and has a really impressive feature list.

Although they make no massive claims to being the most advanced controllers like AKAI perhaps do by naming their Advance keyboards ‘Advance’ and are maybe not quite in the league of the Native Instruments Kontrol Series which integrates seamlessly with the award winning Komplete range of software, the CTRL 49 reflects just how far MIDI keyboard controllers have in fact come over the past few years.

The CTRL 49 also comes with presets and navigation features as well as transport controls, a mod and pitch wheel plus octave buttons.

Further features include an onboard arpeggiator, inputs for an expression and switch pedal, as well as conventional 5-pin MIDI I/O for connecting to external and oftentimes legacy gear.

What the CTRL 49 does not have is a built-in audio card which can be viewed both as a positive or a negative, depending on your requirements.

No audio card is a positive as it will keep the price point a bit lower and if you have an existing studio setup why need another sound card?

But for those looking for a one-stop solution it’s a bit of a bummer as the CTRL 49 plus Ableton onstage could be really good for a live set.

The CTRL 49 with its backlit controls is actually aimed as much at studio users as live keyboardists and programmers so 24-bit audio could have been a smart addition. 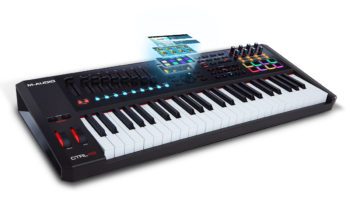 Although the CTRL 49 makes no sounds itself – it is after all a MIDI keyboard not a synth it does include their proprietary software called VIP which is a little like what NI did years ago with their KORE software.

What VIP does is it scans your VST plugin folder and then these instruments and effects become available inside the VIP app and can then be browsed directly on the keyboard. This is where the screen comes into its own.  Handily hundreds of popular VST instruments have already been mapped making things easier from the get-go.

The comparison to NI’s KORE software comes from the fact that VIP is not just a centralised and fancy VST library management app; it has some awesome performance features that enable one to combine up to 8 virtual instruments at once.

There are so many ways to use this; for performance you can create a setlist and also create splits, layers and submixing.

For sound creation you can combine sounds from different instruments to create your own entirely new creations.

M-Audio is distributed through MIDI Music in South Africa.