Behringer takes on a giant – Introducing the Behringer TD-3

Behringer introduces the next addition to their line of classic analog synth remakes – Introducing the Behringer TD-3. 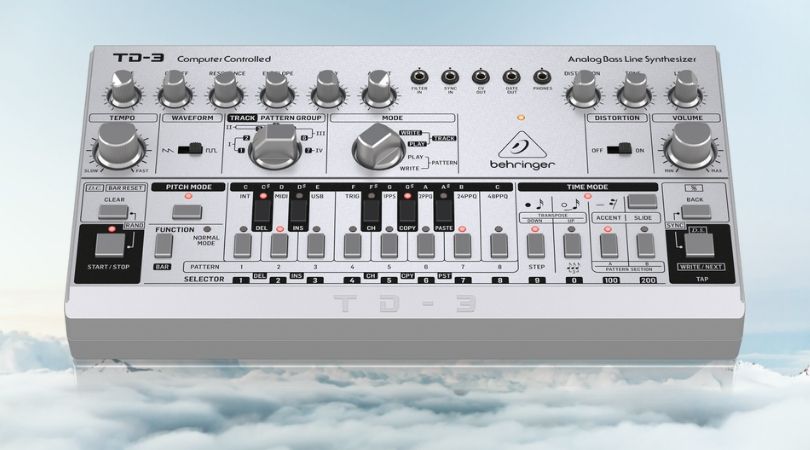 In case you haven’t guessed it yet, the new Behringer TD-3 is a modern remake of one of the most iconic analog synths in history – the Roland TB-303.

Like the approach Behringer have taken with their other classic synth remakes, the new TD-3 mirrors most of the key features of the original TB-303 with the added modern features such as MIDI, USB and CV/Gate connectivity.

1982 saw the release of arguably the most iconic piece of gear in electronic music history – the Roland TB-303. The instrument was originally designed to substitute an actual bass player, much like the already released Roland TR-606 drum machine was to substitute a drummer.

This gave musicians the ability to create a “one-man band” relatively easily, however, neither of the machines sounded all-that realistic. At the time it was a bit of a commercial failure, however thanks to its incredibly unique sound it became a staple sound in dance music for years to come.

The TB-303 was famously used by everyone from The Prodigy and Daft Punk to Eat Static and Astral Projection. 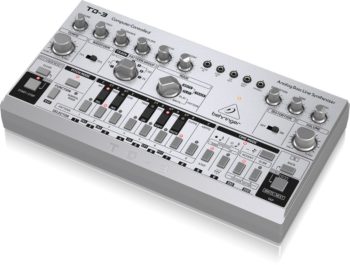 The new TD-3 features a built-in distortion, which is something that usually goes hand-in-hand with the 303 sound, so it’s handy having that built into the actual unit. The distortion has three parameters and can be bypassed entirely. The synth also features a CV/Gate output allowing you to send your “acid” sequence to a modular or other analog synth.

The original TB-303 also comes from a time before MIDI was a thing, so of course, Behringer has added that to make life a lot easier.

There is also a USB port for MIDI and software control – yep, you heard that right, there is a software application that allows you to quickly and easily make sequences and send them directly to your synth.

This is great for those who don’t enjoy programming sequences on the traditional 303 interface. That being said, the hardware programming side is identical to how you would do it on the original – which could be a good or bad thing.

There is a filter input allowing you to send any audio signal directly through the unit’s internal filter. The TD-3 ships in three different colour variations, either silver, red or blue.

Norman Cook AKA Fatboy Slim said it best – “Everybody needs a 303!”, and thankfully that’s more of a possibility now that the Behringer TD-3 will be so affordable and readily available to the public.