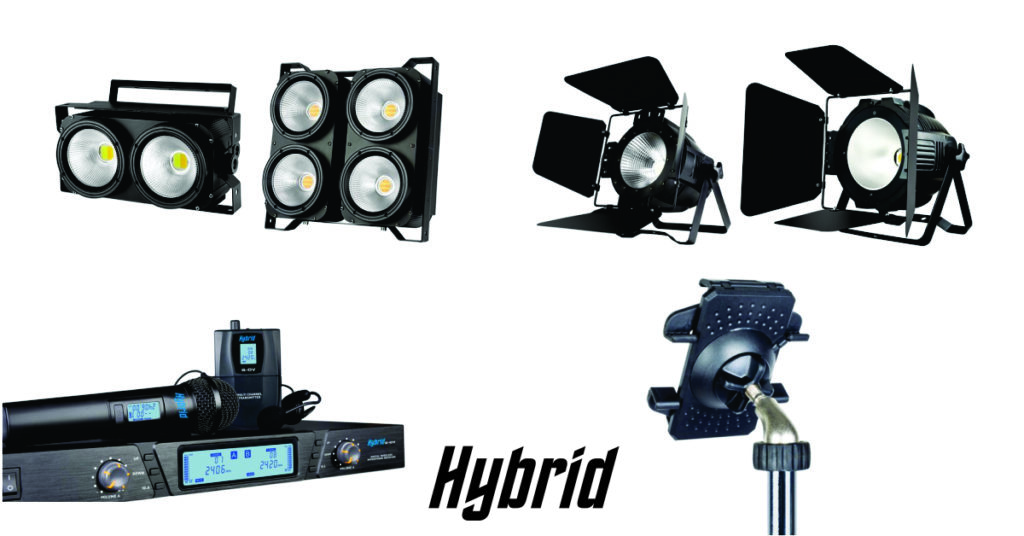 The first of Hybrid’s new wireless microphone systems is the Hybrid G-DV series, a 2.4GHz digital RF system that comes in three varieties – a dual handheld mic, a handheld/lapel combo and a handheld and headset combo.

The G-DV system features 16 channels which can be preset to sync with specific devices, and you can quickly sync new devices with the receiver using the Smart ID Sync system. The receiver is housed in a 19” rack-mount chassis for mounting, and the microphones are capable of up to 5 hours of battery-life.

All three of the Hybrid G-DV systems retail at R2450 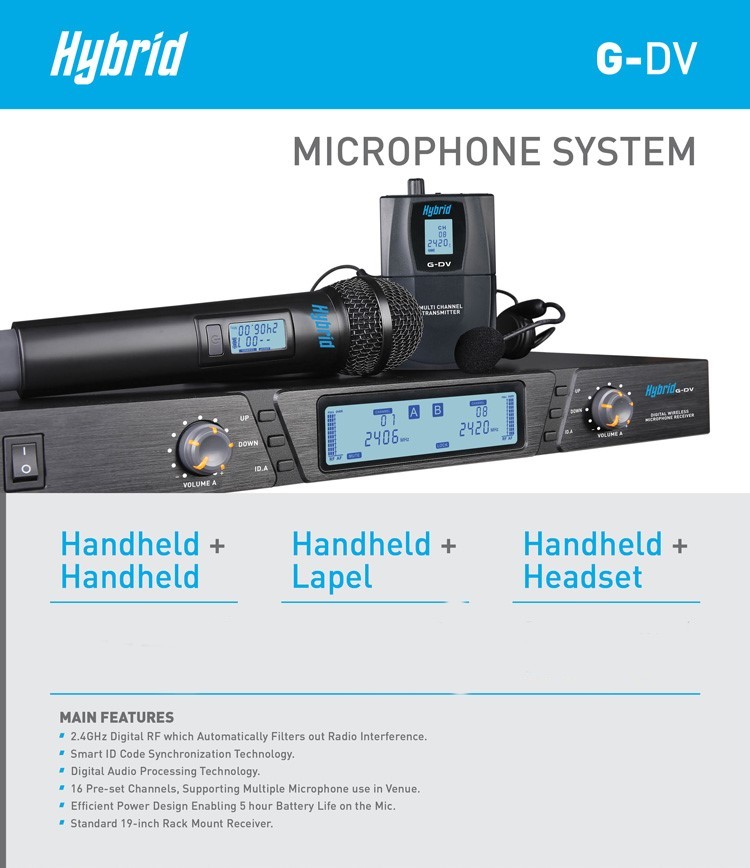 The new G-SV series is a single wireless microphone kit, based on the same technology as the Hybrid G-DV series. It also comes in three variations – a handheld mic, a lapel and a headset.

The G-SV also features 16 preset channels, Smart ID Sync and up to 5 hours of battery-life.

All three of the Hybrid G-SV systems retail at R2000 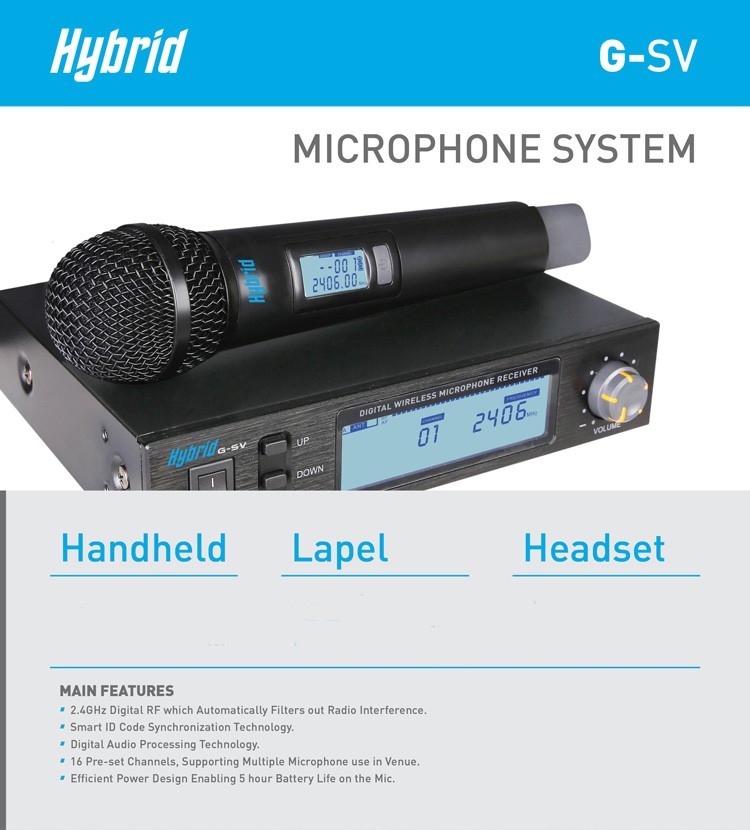 Both of the new HSS Stage lights are DMX compatible and feature a standalone master/slave mode. They’re sound activated and feature a variety of built-in automated programs. Both lights are under 5kgs, which also makes them great for mobile lighting rigs. 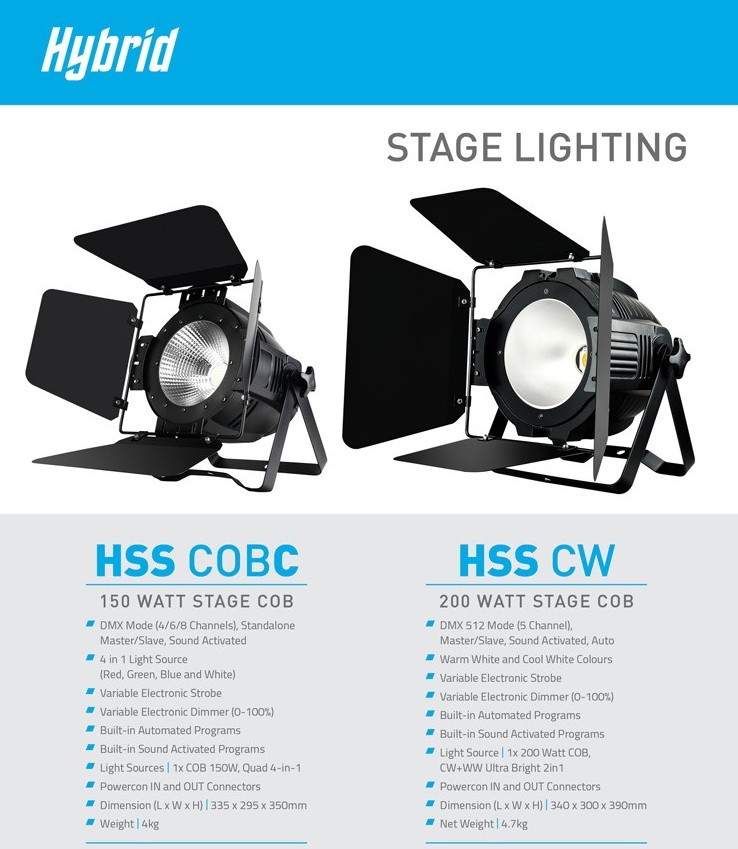 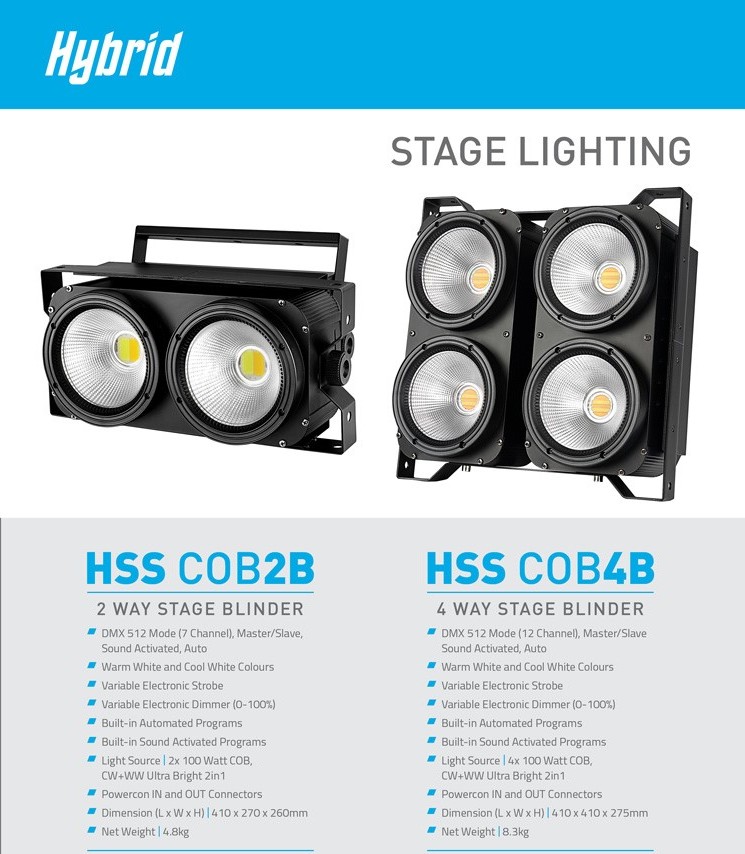 The IS02 Phablet Holder is a nifty new accessory for mounting either a smartphone or tablet onto a variety of stands and surfaces. Phone + Tablet = Phablet (In case you were wondering).

The Phablet Holder has an extendable arm, capable of attaching to a variety of other stands such as microphone and keyboard stands. Adaptable to fit a variety of devices.

The IS02 Phablet Holder retails at R375 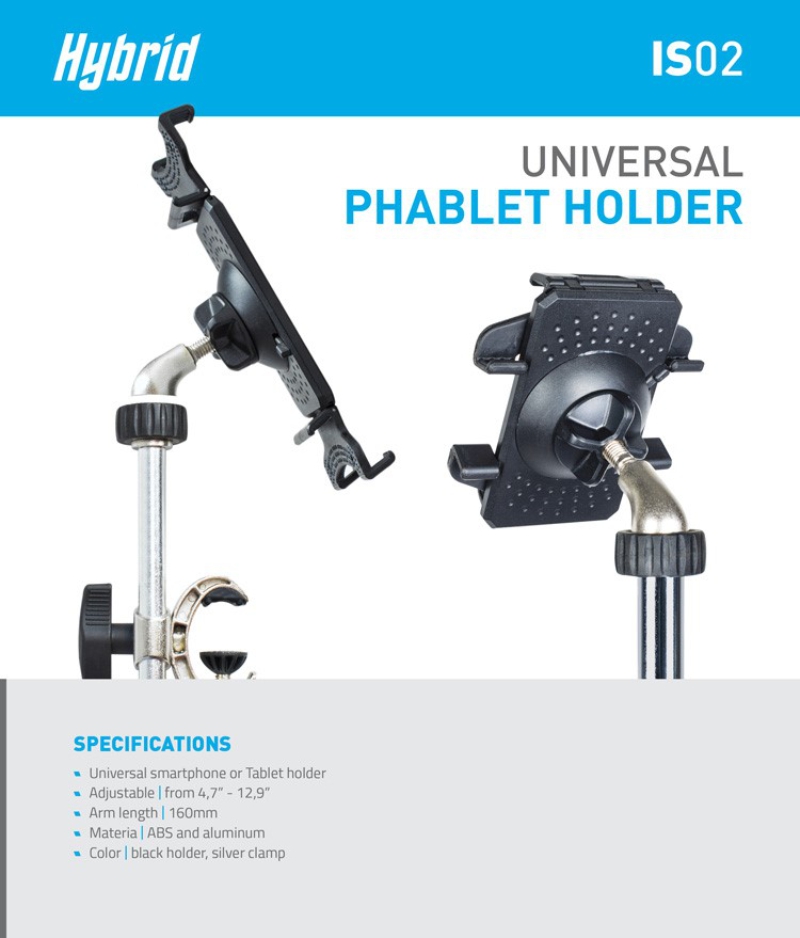 A bit of something for everyone…

Whether you need to add some lighting to your venue or stage, whether you’re a touring band or DJ looking for your own set of stage blinders or strobes – the HSS series definitely won’t break the budget.

When looking at large wireless microphone system with multiple channels, it can start to add up… Their new wireless systems are designed to be used in bigger systems, they can be easily configured and also won’t break the budget.

Hybrid is distributed by Viva Afrika, to find your nearest stockist visit their website.