It can be tempting to buy all the latest plugins, but remember that almost all DAWs come with a host of built-in plugins that cover the fundamentals. 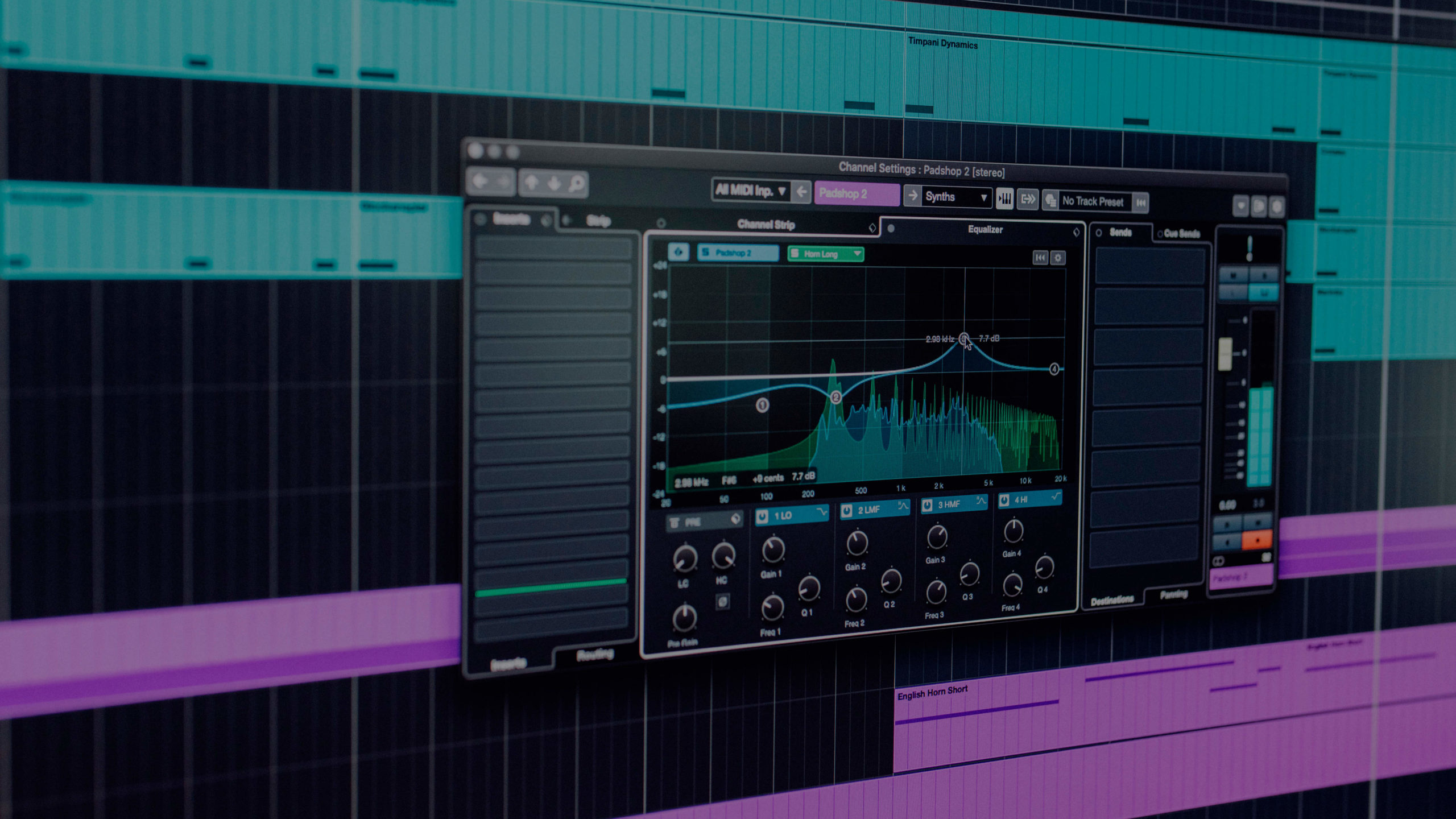 With many people staying at home, it’s a no-brainer that more of us will start experimenting with creating music.

In these times of isolation, I’m pretty sure we will see a huge influx of new musicians and producers, now that a lot of us have the time to experiment or try out that hobby we’ve always wanted to get into.

For those jumping into music production for the first time, it can be a bit tricky to wrap your head around all the different processes in the average DAW.

Here’s a breakdown of five of the fundamental built-in plugins found within DAWs and what they do.

Ok, so this one may not be as foreign to most of us, if you’ve used a car stereo or hi-fi, then you probably know what an Equalizer is – often referred to as EQ.

They’re usually a bit more complex within DAWs and offer a lot more control for shaping the tone of your sounds. The EQ is just about the most important tool in music production, and knowing and using even the basics will improve your tracks.

Sometimes a heavy boost on an EQ can result in sharp resonant frequencies that we may not pick up when not using studio monitors or professional headphones. 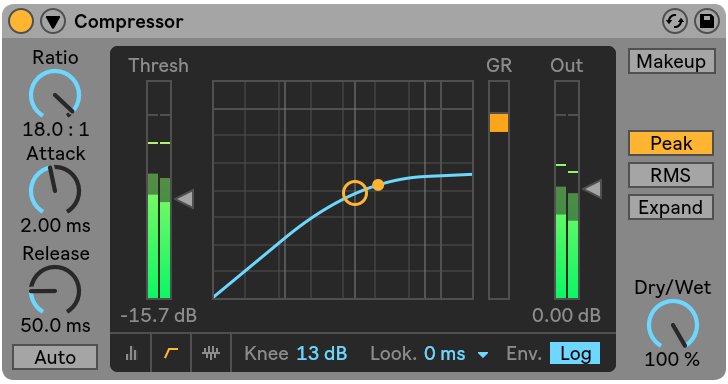 In short, the compressor is designed to reduce loud peaks or amplify quiet dips in an audio source – thus altering the dynamic range.

Compressors became invaluable tools in recording studios and radio stations, for controlling the volume of a signal – for example, a drummer may alter the velocity of his strikes throughout a performance and you don’t want it to result in a drop in volume.

In modern electronic music, we often have control over the velocity of a sound when synthesizing it, so I feel compressors aren’t as necessary – however they can be helpful tools to understand.

A compressor can very easily go from subtle to absolutely squashed, so be careful when applying them and always A/B compare the bypassed version.

The delay is also pretty simple, it’s essentially the “echo” effect that we’ve heard in music and sound effects so many times.

The delay is also the basis of several other effects processes, but we will save that for another explanation.

Don’t boost the feedback too high, or it may ring out indefinitely – louder and louder, until pop…

Reverb is another absolute essential, whether you’re using huge ambient-style reverb or just subtle room effects, using it to place your sounds in a three-dimensional space, will greatly increase the depth of your mix.

I like to think of EQ as controlling the height of a sound, while panning controls the width and reverb – the depth.

When we first discover the power of reverb, it can be tempting to literally dunk everything in it – keep in mind that depth is relatively due in part to perspective.

If you have a dry sound and a wet sound, the mix will sound like it has far more dimension than just wet sounds. 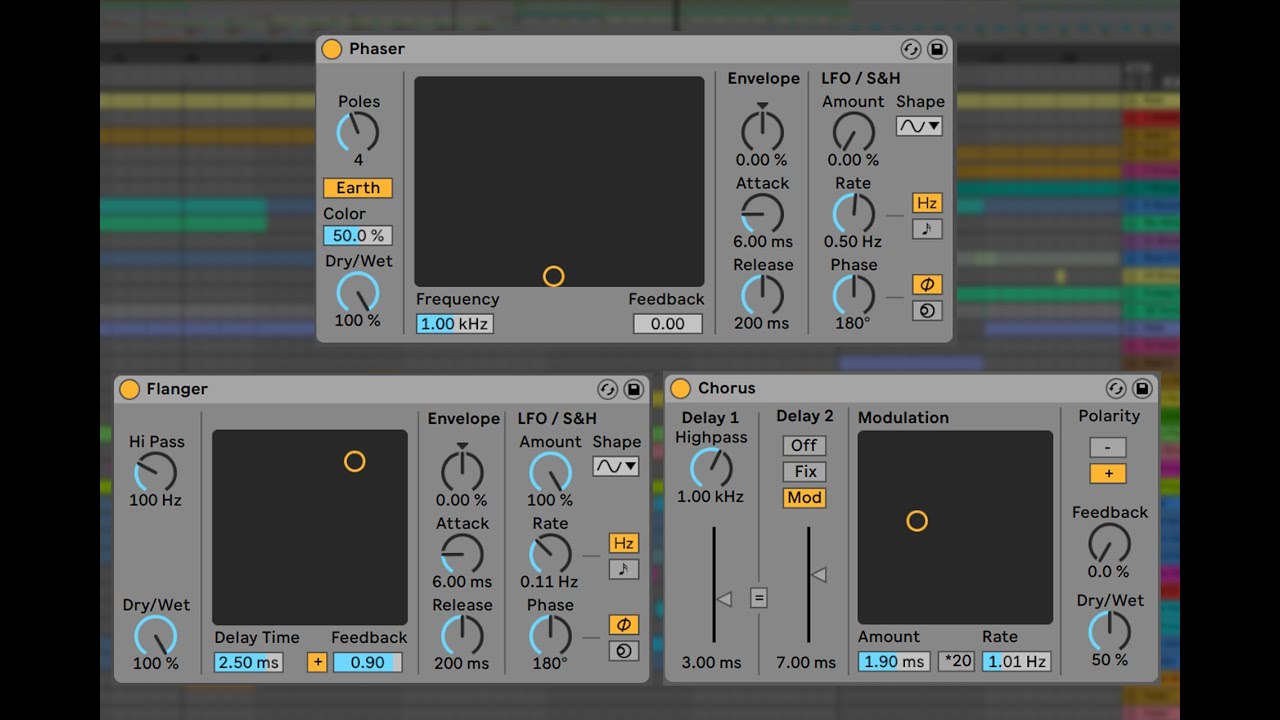 So I saved these for last, as they’re generally not as “useful” as utilities, more as creative tools and they’re made up of creative uses of the above fundamental processes.

A chorus is made by duplicating a signal, delaying one channel and modulating the delay time.

A flanger is very similar, although acting in much quicker delay times. A phaser is made by duplicating the signal several times and applying notch EQ boosts at different frequencies, which are then modulated.

All of these effects play with the phasing of the sound, this can be a good and bad thing – however with faster delay-times it can be perceived as a detuned effect – making some sounds sound out-of-tune.

For those who have been meaning to get into making music, you now literally have no excuses.

You probably have a DAW already but haven’t opened it longer than a few minutes.

If you don’t have a DAW check out Reaper here

It has a 60-day fully functional evaluation period and comes with a hot of built-in plugins.