Behringer teased a new “murdered out” version of their recently released TD-3 that has them in some hot water. 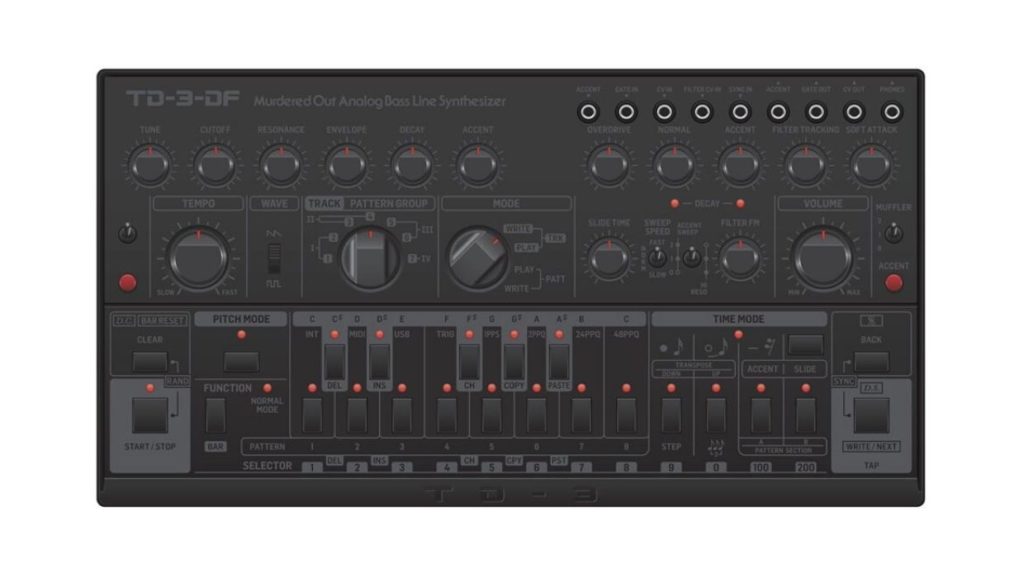 For a while now Behringer have been praised by many synthesizer enthusiasts for their affordable remakes of hard to find and out of production synths and drum machines.

Let’s face it, most of us can’t justify buying an original TB-303 or TR-909 so having various affordable options on the market is fantastic. Each remake generally features something that makes it a little different, an example is Behringer’s Wave Designer that they’ve added to the 808 and 909 design.

Behringer recently announced what they called the “murdered out” TD-3, which by the looks of it is a copy of the highly-acclaimed Devil Fish modification.

The legality of copying the design is somewhat of a grey area – as they’re all based on someone else’s original design, however, it has put Behringer in hot water in the eyes of many synth enthusiasts.

“The “Murdered Out” title is ugly, offensive and unhinged in numerous ways which we do not care to discuss.  There is no precedent for plastering such words on a musical instrument.” – stated Robin Whittle in his official statement.

An interesting turn of events…

While Robin acknowledges that Uli did contact him to collaborate on the project, it seems that there was a bit of a disagreement in terms of the finances. Robin wanted to base his remuneration on a standard book publishing royalties model or around 10-15% per unit sold, while Uli was only able to offer USD $15k in total. There were some fallouts because correspondence was made public which eventually led to the announcement of the  “murdered out” TD-3 going live.

Just Yesterday Behringer posted about a series of modded 303 clones, hinting at a remake of the x0xb0x (another highly-renowned 303 clone), and they ended the post with “P.S. If there are any cool design wizards here who like to join us and contribute with great mods, feel free to contact us. Disclaimer: We can’t buy you a Ferrari.” – cheeky…