You are here: Home / Tech Corner / Gear & Software Reviews / 5 Must Attend Music Conferences from around the globe

Here are 5 Must Attend Music Conferences around the world that are all well worth visiting if you are serious about forging any sort of career in the electronic music business. Whether you’re a DJ, a producer, label owner, promoter, VJ, lighting and FX artist, decor artist, PR and media or any other cog in the wheel that makes the music biz spin, music conferences are an excellent way to network, gather information, participate and learn.

They’re also good fun because at the end of the day, most of us involved in the electronic music biz also like to have a good time and get down and boogie and they all end with a good party!

Inspired by Cape Town Music Week in September,  we’ve put together 5 Must Attend Music Conferences from around the globe that have a South African connection. 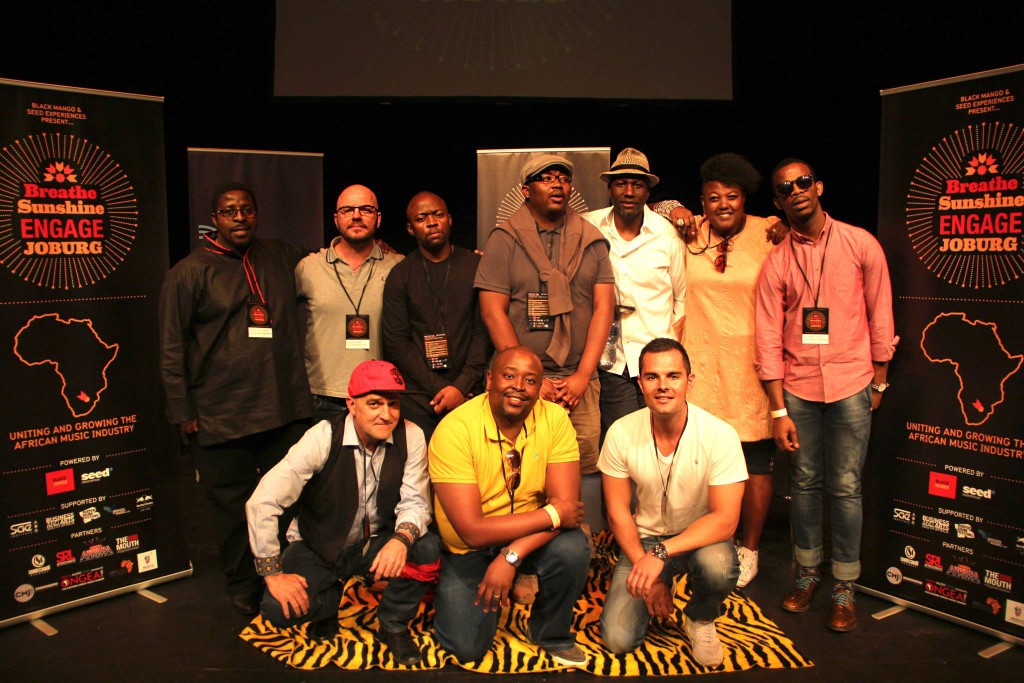 Why not start in your own backyard?

Number one on our list is South Africa’s very own homegrown Breathe Sunshine African Music Conference. This two day conference is held in Cape Town, South Africa and is now in its third year, although this will technically be the fourth official conference. The first two years were hosted at the Cape Town City Hall, one of the mother city’s iconic buildings, in April ’13 and February ’14 respectively.

Last year in October they also hosted #BSEngage at the Market Theatre in Johannesburg.

This year BSAMC takes place at the Protea Fire & Ice Hotel from September 30 – 1 October and forms part of the week long Cape Town Music week which leads up to the conference and finishes just ahead of one of the city’s biggest music festivals, Rocking the Daisies.

A lot goes on over the 2 day event. There is a daily roster of keynote speakers, panel discussions, on the couch interviews, indabas, technical workshops.

BSAMC hosts some of the most important players in the South African music industry each year but also boasts an impressive list of international guests since its inception. Terry  Weerasinghe (Beatport Vice President), German reggae artist – Gentleman, The Presets and the head of Amsterdam Dance Event, Richard Zijlma have all participated.

It’s a proudly South African event which addresses both local and global issues in the music industry. It takes place in SA’s most cosmopolitan city, Cape Town!

Breathe Sunshine Music Conference is a must for anybody who really wants to be a part of the South African and indeed global music business. The knowledge you will acquire from the panel discussions, the motivation you will reap from some of the on-the-couch interviews and the tips you can pick up from the tech workshops are reason enough to attend.

But the biggest reason should be the networking opportunities and the socialising that will take place at the Fire & Ice hotel over those two days. Remember it comes at the end of Cape Town Music week so there will be loads of events taking place beforehand too.

The added bonus is that you if you are in the industry you can buy a Rocking the Daisies/BSAMC combo ticket which enables you to hang out for two days rubbing shoulders with other industry players, then head of to Daisies for a good old ‘S’effrican skop’ in the bush.

The Winter Music Conference (WMC) is a weeklong music conference and it takes place in Miami beach Florida, USA every March. WMC has been going since 1985 and has been the go-to destination for many SA house music industry buffs for many years. Attendees range from DJs, record label owners, producers, promoters, media and every other conceivable player in the electronic music biz. Although it takes place in winter there are outdoor beach parties, club events and a whole lot of conferencing going down.

Although most of the delegates hail from the USA, there is always a strong presence of international attendees, mainly music professionals and artists. With the recent EDM boom in the states it has become more and more international each year.

WMC has been a favourite destination for SA house music artists and label representatives for networking and to market SA house music. DJ Fresh and Euphonik, Shimza, Black Motion, Black Coffee  and many more have attended and for the past few years there has always been a South African Miami Invasion party held during that week. This year Oskido, Heavy K and Glen Lewis all performed.

Read our Shimza interview on his new album

Whilst EDM may seem like the big boom on the surface, deep soulful house is embedded in the very fabric of American dance music and WMC is an opportunity to rub shoulders in one of the biggest music markets globally.

The International Music Summit  is hosted in Ibiza. Need we say much more? As the electronic music party capital of the world it makes perfect sense to host an annual summit here. Known as IMS it is a 3 daylong conference and is held just before the official opening weekend of party season on the island.

Compared to ADE or WMC it is a lot smaller, and has only been going since 2008. IMS has had some pretty heavyweight artists such as Jean Michelle Jarre, Leftfield’s Neil Barnes and Richie Hawtin deliver keynote speeches and in 2014 a conference report by the International Music Summit estimated the EDM industry market to be worth $6.2 billion a year. 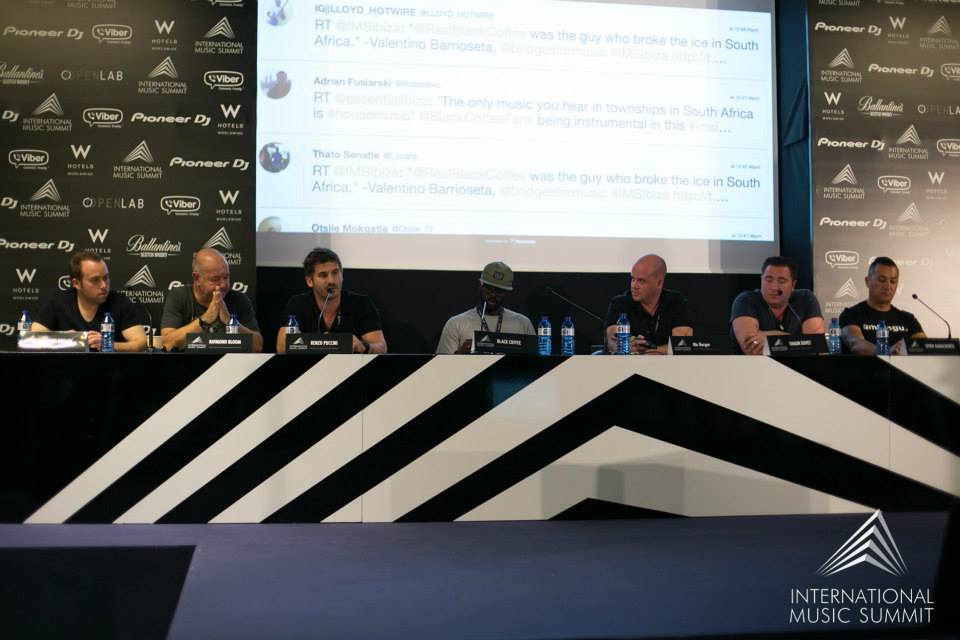 Despite taking place on the party island, the 3 day summit is quite a serious industry event which tackles some real global issues in the electronic music industry. Since it takes place just before party season kicks off it is the ideal networking and knowledge conference to attend as you can end it all off with a [long] weekend of partying at all the opening nights on the island. 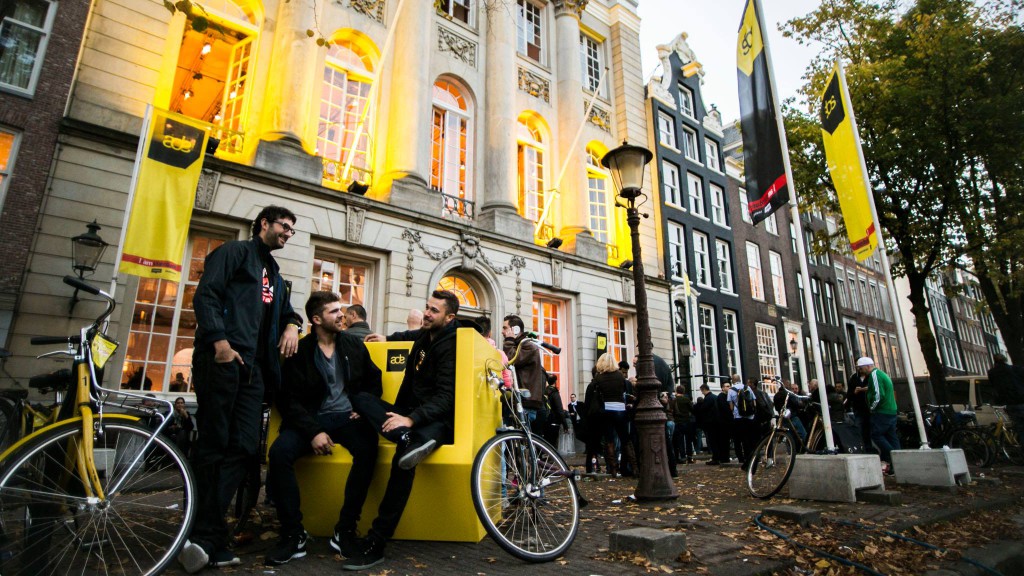 The Amsterdam Dance Event takes place over 5 days in October in Amsterdam. It is both a music conference and a music festival with as many as 115 clubs and venues participating. There are around 450 events held at this time and the entire city is covered in ADE posters and signage. Over 2,000 artists perform and it is without doubt the go-to event to both network with electronic music professionals and also to catch many of the world’s cutting edge acts.

There are daily panel discussions, conferences, tech demos, lighting displays and all kinds of dance music activities on the go.

Many South African DJs and artists have performed over the five days. Black Coffee is a regular, as are Jullian Gomes and Culoe De Song. Goldfish launched their album, Three Second Memory, in 2013 at and ADE event and in the same year a panel called Meet the South Africans was also held.

We’ve thrown in the BPM DJ & electronic music production event held in Birmingham, UK each September as a bonus event as it is slightly different to the others. Whilst BPM also hosts showcases, panel discussions and is a great networking platform, the main focus is actually a tech exhibition. 2014 hosted more than 100 exhibiting companies all dedicated to DJing, music production, sound and lighting. It’s a veritable smorgasbord of electronic music goodness spread across 11,000 square metres of tech to drool over. It brings out the tech geek in us!

There isn’t one, unless you count them using the name of our legendary BPM magazine that changed lives for 10 years in South Africa!

A tech exhibition dedicated to electronic dance music and DJing/producing is not something you find in too many places. Whilst it’s maybe not the type of event you’ll specifically fly over for, like one maybe would for Musikmesse or Namm, if you’re in the UK in September, its well worth popping in to see all the latest tech on offer.

The new EP from @FatimaAlQadiri on @Hyperdub follows her 'Medieval Femme' LP for the London label back in 2021 https://dj-m.ag/3RIdjV9

It’s 5-am like a crack addict here I am

Your fave uncle, @DJAnkletap and @kandiskardash are on the airwaves, giving you the latest in music, news and chats to charge up your morning.

Let’s get this day on the road on #YMornings

See how easy it is to use the new #SmartThingsStation. You can conveniently control smart home devices, run preset routines and find missing items. You can also charge your phone with 15W Super Fast Charging.