You are here: Home / News / Womba prenatal instrument allows babies to make music in the womb

Your baby can make sweet music with the Womba prenatal instrument. 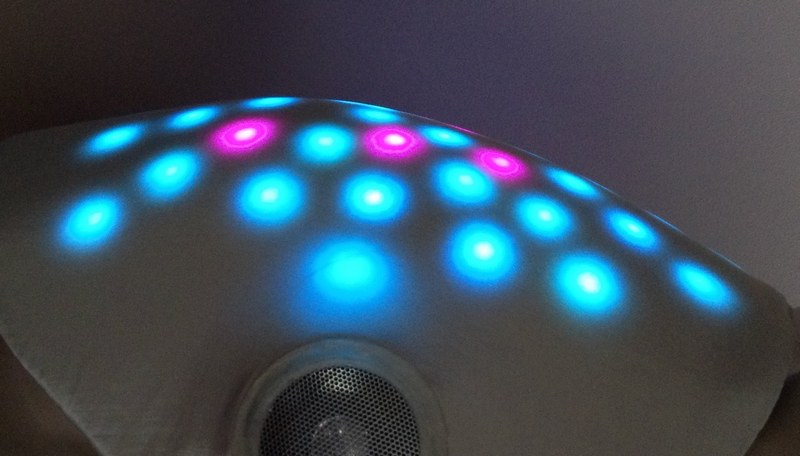 Every mother can attest to the magic of feeling that first kick and feeling the movements of the babies during pregnancy, but what if that movement can be translated into music?

For many expectant mothers, music plays a large role in the journey of pregnancy, often with them listening to music and playing music during pregnancy in hopes that the sweet melodies will benefit their unborn babies’ development.

Well, the idea behind the Womba is to translate your baby’s movement into music.

Womba was co-invented by Calgary mother and musician Aura Pon, who graduated from the University of Calgary with a PhD in music technology this month along with fellow music researcher Johnty Wang who both believe Womba to be the “world’s first prenatal musical instrument.”

The Womba is a light-weight soft instrument that can be strapped across a pregnant woman’s stomach and uses censors to convert the baby’s movement into music and also expresses light patterns that show the mother the location and strength of the movements.

Pon first came up with the idea when she noticed how strong the kick of her unborn son was while pregnant with him in 2013.

What began as a hobby quickly turned into prototypes and refinement over the course of Pon’s two pregnancies and the pregnancy of her fellow inventor’s wife.

Mothers can choose different sounds for their unborn baby and the speakers built in to the Womba provide sound for both mom and baby.

“It’s also about bonding,” she said. “Those that can’t feel the kicks all the time, you know, they can now see it and hear it and start to be like, ‘That’s a person in there.’”

Pon hopes the device can be adapted for use after birth, so the child can continue making music.

The inventors of the Womba prenatal instrument have applied for a US patent, with interest for development arising from a company.