Usain Bolt is the latest in what has become a lengthy list of sports folk, actors and celebs that have taken to DJing. 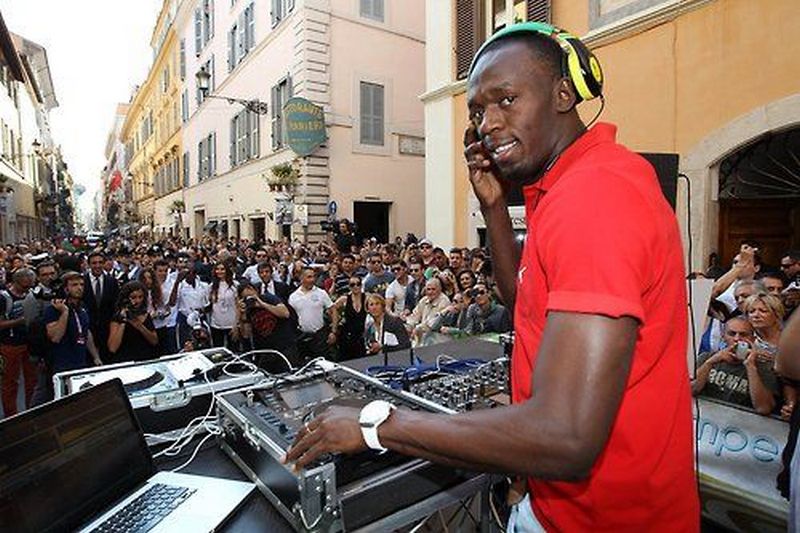 Some of the more recent ones include Kristian Nairn (Hodo in Game of Thrones), although he’s actually quite serious and apparently pretty good. He actually released a house single last year and has played some pretty big gigs.

Then there’s Idris Elba who has actually performed in South Africa too. Lord of the Rings’ Elijah Wood, Ruby Rose and basketball legend Shaquille O’Neal have all also tried their hand at spinning tunes.

There’s also [groan] Paris Hilton, probably the highest profile DJ wannabe of them all and even ex-porn actress Jesse Andrews who takes her DJing and producing pretty seriously.

Fastest athlete, not so fast on the decks

Yes we can talk about how easy DJing has become in the digital age but there are many, many actors who play musical instruments too so why are we always amazed when these celebs try DJing? Probably because they’re actually playing to an audience. It does make a difference.

There are actually several videos of Usain Bolt DJing on YouTube, the most recent though show him playing more actual dance music as opposed to the reggae/dancehall stuff. In other words music that one would beatmatch.

Here’s one such video of Usain Bolt DJing… he seems to be concentrating pretty hard.