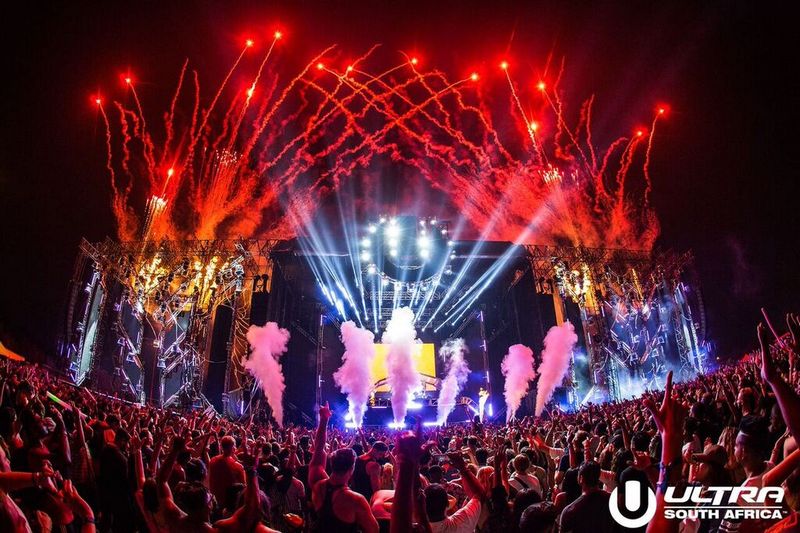 Ultra SA is part of the global Ultra experience, where electronic music of all flavours is celebrated through huge production, A-list electronic music acts and masses of fans, or Ultranauts, as they have been dubbed.

2018 was no ordinary year for Ultra SA, as they celebrated their 5th anniversary of being part of the global Ultra family.

The event was held this past weekend of the 9th Feb in Cape Town and on the 10th in Johannesburg and saw a record-breaking turnout.

The Cape Town Stadium hosted 15 000 heaving Ultranauts who made use of the various stages hosting a plethora of artists including Afrojack, Armin Van Buuren, Carnage, Hardwell, Black Coffee, Dubfire and Eats Everything to name a few.

The skies also celebrated, showering the crowd with much-needed rain.

Joburg the city of gold

The Johannesburg show, which was held at the Expo Centre at Nasrec had a massive 32 000 Ultranauts through their gates, for what was the biggest and most successful Ultra SA in Joburg to date.

The ‘Resistance’ stage was moved to a warehouse space at Nasrec, which specifically catered for lovers of techno and house.

Resistance let flow the musical stylings of Da Capo, DogStarr, Ryan Murgatroyd, and TranceMicSoul, who got the floor heaving before Black Coffee, Dubfire and Eats Everything completely blew fans away.

Other stages include the ‘Until Stage’ with MTV, the Samsung Galaxy Experience Stage and of course- the main stage.

With the success of the 2018 edition of Ultra South Africa, it is evident that electronic music isn’t going anywhere but up and louder!!!