Both have been to South Africa before and in fact Garrix played the first Ultra South Africa event that took place.

Guetta has also performed in South Africa before, several years ago, but this will be his first appearance at Ultra South Africa. 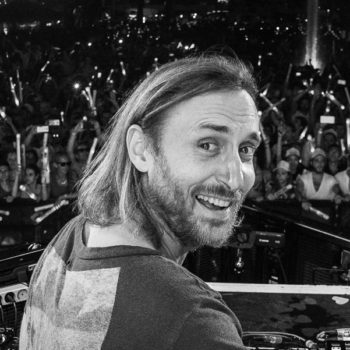 The news, announced on the Ultra South Africa Facebook page has been met with a lukewarm reception.

Predictably comments like “Let’s hope Guetta doesn’t forget to bring the flash drive with his prerecorded set on it,” received some support and another complained that neither Garrix nor Guetta are DJs.

People also feel the need to offer their suggestions when headline acts are announced.

Some of the artists people want to see are Steve Aoki, The Chainsmokers, Dimitri Vega & Like Mike, Calvin Harris, The Knife Party and Above & Beyond.

No doubt the promoters will be blessed with many more suggestions, such is the nature of social media.

Next year’s Ultra event in Cape Town will be hosted at Cape Town stadium another announcement that was met with a lukewarm reception. It seems every time they try and move the event off the Ostrich Farm they get met with massive resistance from ‘ultranaughts.’ The same happened when they wanted to do 2016 at the River Club. Eventually the promoters buckled to the pressure and went back to the Ostrich Farm.

The Cape Town stadium venue will no doubt remain though.

The 2016 edition of Ultra South Africa saw the event held over 2 nights in JHB and Cape Town. 2017 returns to a single night in each city. Still nothing for Durban, unfortunately.

The 2016 event hosted a massive international lineup, including not only big EDM stars but also some top level techno and deep house acts.

Highlights (for us) included Skrillex, The Martinez Brothers, Claptone and Seth Troxler, the latter three all performing on the smaller techno/deep house stage. Most punters seemed to enjoy the massive EDM sounds of the main stage.

Watch the Ultra South Africa 2016 after-movie below. It is very cool.