Ultra SA 2018 will return to the Cape Town Stadium next year after the success they had in 2017. People seemed to like the new venue and it no doubt opened the festival up to a whole new market of ‘Ultranauts’ keen to check out what all the fuss is about. 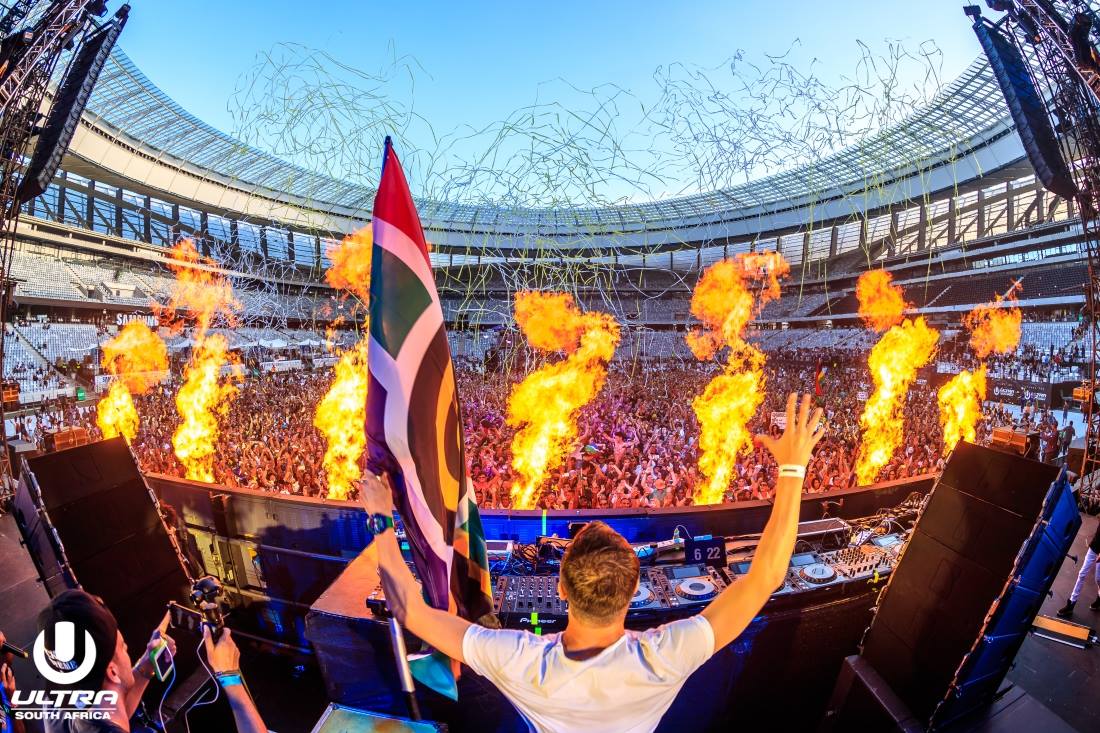 Location is a big deal for an event of this magnitude and it doesn’t get much more central than the Cape Town stadium in Green Point.

The Expo Centre, Nasrec has been the home to Ultra SA 2018 in JHB for some time now and has proven to be a popular location. Why mess with a successful formula?

Armin van Buuren and Hardwell have been announced as the first headliners for Ultra SA 2018. They both performed at Ultra in 2015 and are two of the most requested from ‘Ultranaughts.’

Hardwell has been DJ Mag No.1 on two occasions and always remains in the top echelon of mainstream dance music producers. He is also a mainstay on Ultra stages around the world and will perform in both JHB and Cape Town.

Armin Van Buuren has graced top spot on the DJ Mag Top 100 charts no less than 5 times and is a constant favourite across the globe. His A State of Trance” radio show broadcasts to more than 37 million listeners every week!