Ultra partners with SiriusXM to deliver a Virtual Audio Festival 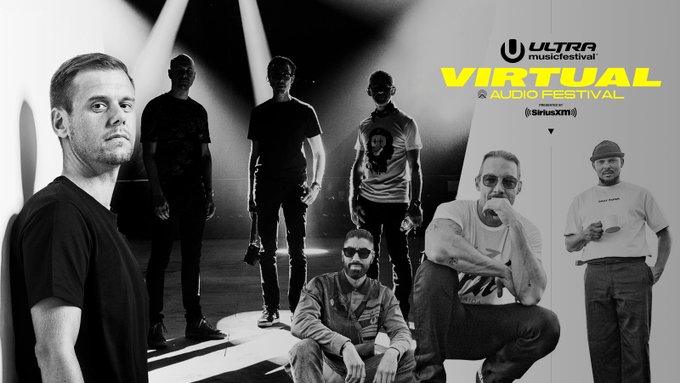 There’s no doubt that COVID-19 is reshaping industries as we know it, forcing them to adapt or die. One such industry in the thick of it is events, which is seeing cancelations and postponements all around the world.

As an industry worth BILLIONS that solely relies on people coming together is forced to make it work at a time where everyone is isolated.

Taking the “a boer maak n plan” route, Ultra Music Festival has teamed up with SiriusXM to present fans with a little slice of what Ultra Miami would have been had it not been postponed. They will be hosting a limited run ‘Virtual Audio Festival’ starting this Friday, 20 March until Monday 23 March.

The festival will feature exclusive DJ sets from artists who were meant to take the stage at Ultra Miami this weekend, including Armin van Buuren, Afrojack, Martin Garrix, Major Lazer and more.

In addition, Ultra will be broadcasting past sets through the radio station, including Kygo, The Chainsmokers and more.

“With the postponement of beloved events, necessary changes in people’s everyday life, and need for social distancing, we know our listeners are seeking a sense of community more than ever,” said SiriusXM president and chief content officer Scott Greenstein in a statement.

“To encourage that, we are pleased to be working with Ultra Music Festival to provide our listeners with this virtual audio festival featuring the diverse lineup of artists the UMF delivers year after year, as well as exclusive, fresh, new sets from some of the biggest names in dance music.”

In South Africa, a ‘no refund’ campaign has started on social media, urging ticketholders of cancelled events to let go of their tickets in order to help events organisers in this dire time.