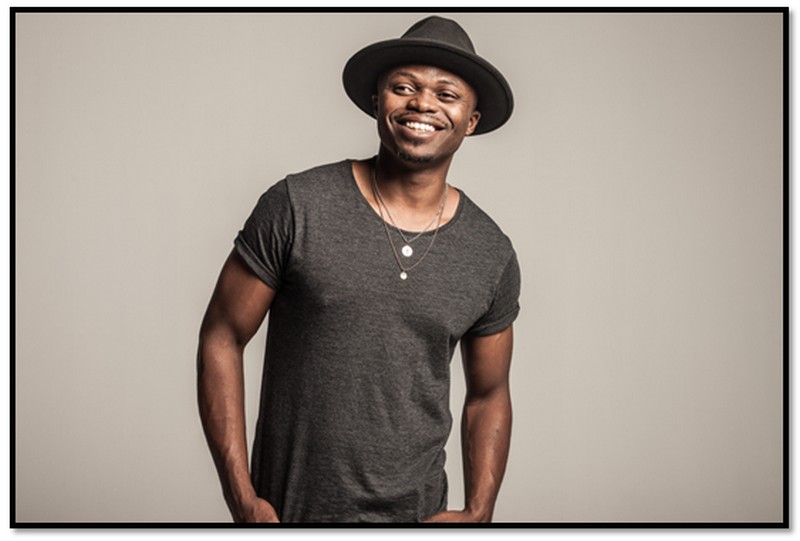 The news that TRESOR signs worldwide record deal with Ultra Records is really positive for SA artists.  Other artists signed to Ultra go by the names of Steve Aoki, Deorro, Kygo, and more.

TRESOR signs worldwide record deal and along with it comes the distribution of all his music to Australia, USA, United Kingdom, and even the Benelux region. 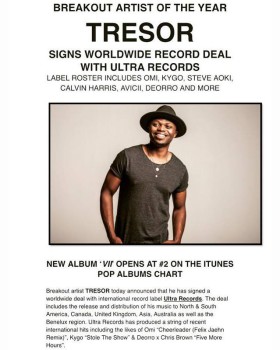 After TRESOR signs worldwide record deal he describes how the opportunity has made him feel:

“I am excited beyond words with the deal we have just signed and I can’t wait for the world to hear the music,” TRESOR said. “As an African artist I’ve always believed that we make world class music right here at home and I am looking forward to this new global adventure potentially opening new doors for African musicians. I believe the world needs our sound now more than ever before.”

“The Vth Season exist to take our artists’ music and brands to the world. By doing so we fulfil their dreams. It excites us to see TRESOR’s dreams of having the world listen to his music come true. It is well deserved and a compliment to our efforts to team up with Ultra Music/Sony International to take his music beyond the borders of Africa.” Said Raphael Benza, founder and Managing Director of Vth Season

Not too long ago, Tresor released his debut album titled VII which made it into the iTunes pop albums chart at the number two spot. His career has been an interesting and engaging one to follow.

Hearing that TRESOR signs worldwide record deal with Ultra and that his album debuted at this high a spot on the iTunes chart is like watching him score a major winning goal.