The touch sensitive dress is part of “The Dress for Respect” campaign for Schweppes. 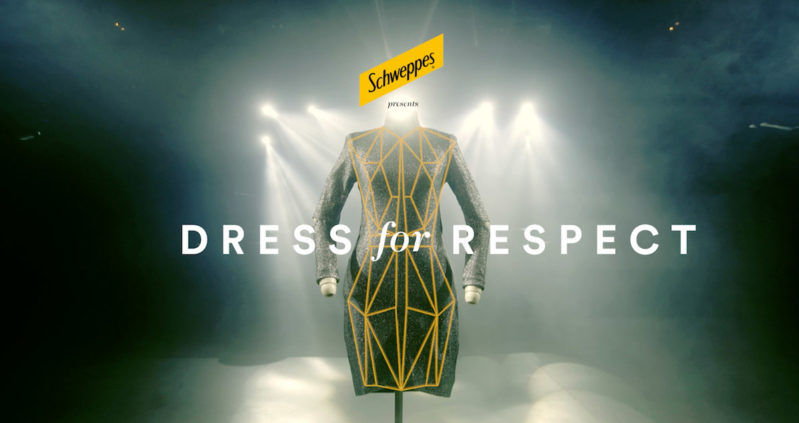 As much as women speak out about nights at clubs where men touch without permission, it hasn’t been taken seriously.

Men still play the ignorant card, saying they don’t see it happening, but the veil has now been lifted with this dress of touch sensitivity.

Advertising company Ogilvy Brazil created a campaign on behalf of Schweppes that sought out to shed light on the gross reality of groping by showing how often and with what degree of intensity women in Brazil were touched without permission while clubbing.

This project was created in hopes that it will change the mentality of those blind to it and most importantly the perpetrators responsible for it.

You may think what you’re doing is ‘innocent’ but when you see how often it happens you realise how violating it is.

The Dress for Respect

So, to make this project a reality, researchers built a dress embedded with sensor technology that tracked touch and pressure. The data was relayed to a visual system where researchers tracked the harassment in real-time.

For the project, 3 women were sent out to a party wearing the dress. Throughout the evening you see the women fending off touching-tom’s, something most women can attest to experiencing on any given night out.

On the video, which you can view below, the heat-map version shows the areas where women were grabbed and groped; the dress lights up like a Christmas tree, it’s just not jolly.

The footage shows where women were groped the most: the lower back, backside, and arms. This happened despite women blatantly exclaiming that they don’t want to be touched.

Combined, the 3 women were touched 157 in just under four hours.

Later men who attended the party reviewed the footage, expressing shock and surprise at the reality.

Watch the video of the touch sensitive dress in action.