You are here: Home / News / The Soil live on stage at the ANALOGUE NITES

The Soil Live On Stage at the  ANALOGUE NITES 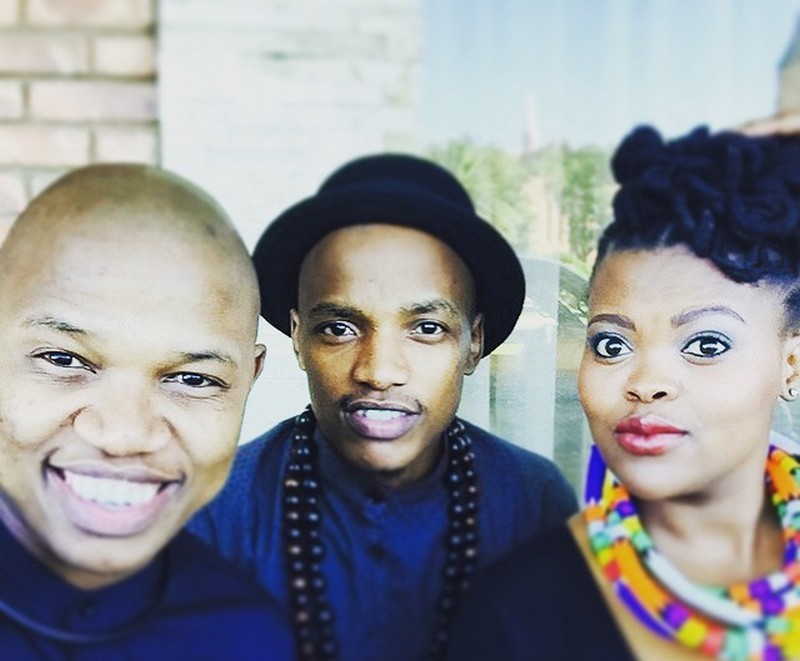 The Soil live on stage will take place on the first Thursday of June at the Analogue Nites in Joburg. It’s set to be an old school meets new school live music experience. If this is the kind of party night that gets you going you probably will want to find yourself there.

For June, Analogue Nites brings to the stage an original and loved group. The multiple Platinum selling, multiple award winning, internationally acclaimed acapella group, The Soil, have recently received a nomination for the upcoming BET Awards in the category Best International Act Africa. They are nominated alongside a handful of Africa’s most recognisable artists such as Fally Ipupa, Sarkodie, Wizkid, and AKA.

The Soil live on stage will be delivering their eclectic combo of afro pop, afro soul, jazz, and hip hop.  They plan to keep you vibing and grooving all night long with a set made up of memorable tunes.

If you buy your pre-sold ticket with a Nedbank debit or credit card by midday on 3 June 2015, you could win a double ticket VIP experience to the Delicious Festival taking place on Saturday, 6 June 2015 in Johannesburg featuring international artists such as Chaka Khan, Louis Vega, and local artists like Muzart and Unathi Msengana.

The Soil live on stage Pre-Sold Tickets and tables here. 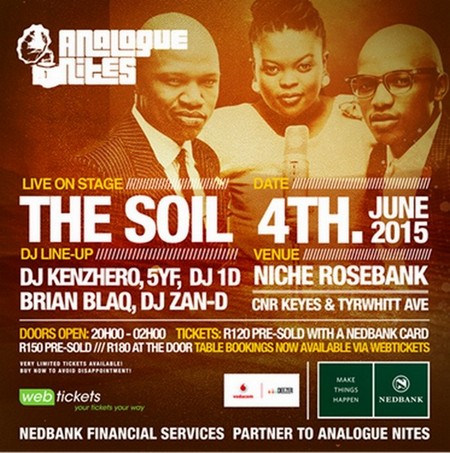