Join the #NoPayNoPlay movement against the SABC with The Kiffness. 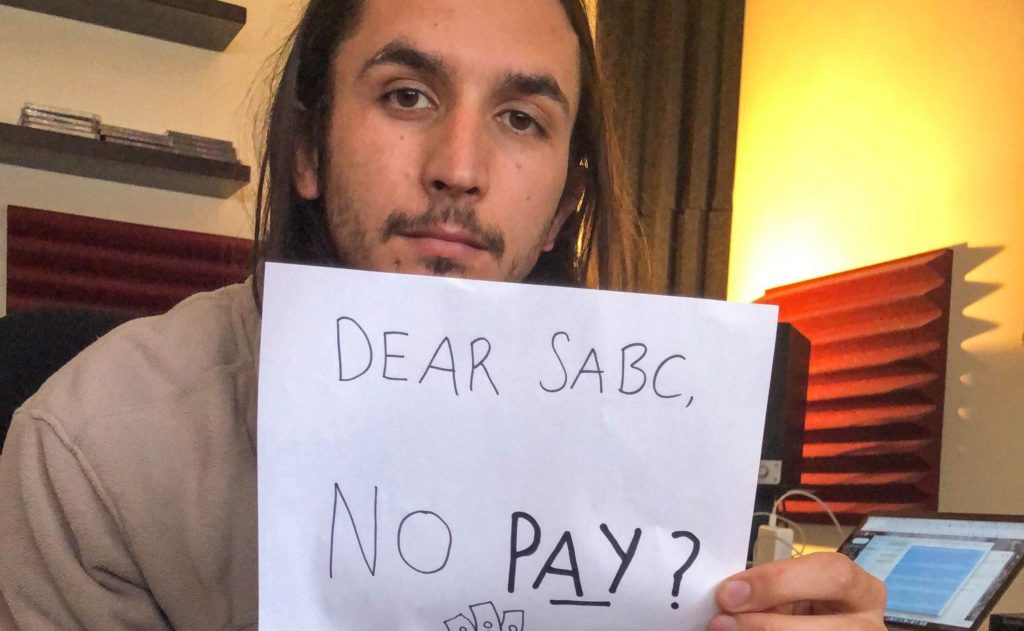 Ah, the SABC… If you thought this would bring some good news, think again. After robbing artists blind for years, they are still not paying up.

Our public broadcaster owed SAMPRA (South African Music Performance Rights Association) R64-million in royalties last year, and seeing as they still haven’t paid who knows where that number lies at this point?

But enough is enough, we can’t let this go on while artists in our country struggle to feed their families because of a corrupt system.

This is why you need to join the #NoPayNoPlay movement.

“I refuse to let the SABC exploit & play any of my music until they start paying artists what’s owed to them.

I recently became a member of South African Music Performance Rights Association (SAMPRA) who are in charge for paying artists needle time royalties, including session musicians i.e. the guitarist or drummer behind the scenes who played on a song. Those are royalties for music that plays on radio, restaurants, shops etc.… Every establishment that plays music in public spaces legally has to pay a SAMPRA license, and then SAMPRA pays their members out accordingly. I was pleasantly surprised to discover that SAMPRA owed me over R60k in needle-time royalties for my music that has played in various public spaces over the years, but I was equally shocked to find out that not one cent of that payout came from the SABC. Unsurprisingly, it’s because the SABC have never paid SAMPRA. It’s illegal, but they either think they’re above the law or they simply just don’t care (or both).”

For major impact we need massive artists in SA to join the movement, but listeners also have power because you too can refuse to play their stations until they pay artists what they are owed.

Join The Kiffness and #NoPayNoPlay until we see some changes.