You are here: Home / News / The Brother Moves On European Tour

The Brother Moves On European Tour

The Brother Moves On has a sound that is a fusion of rock, funk, and indigenous music. They also love to evoke “the spirits of their sonic forefathers such as Harari and Stimela in their performances”. 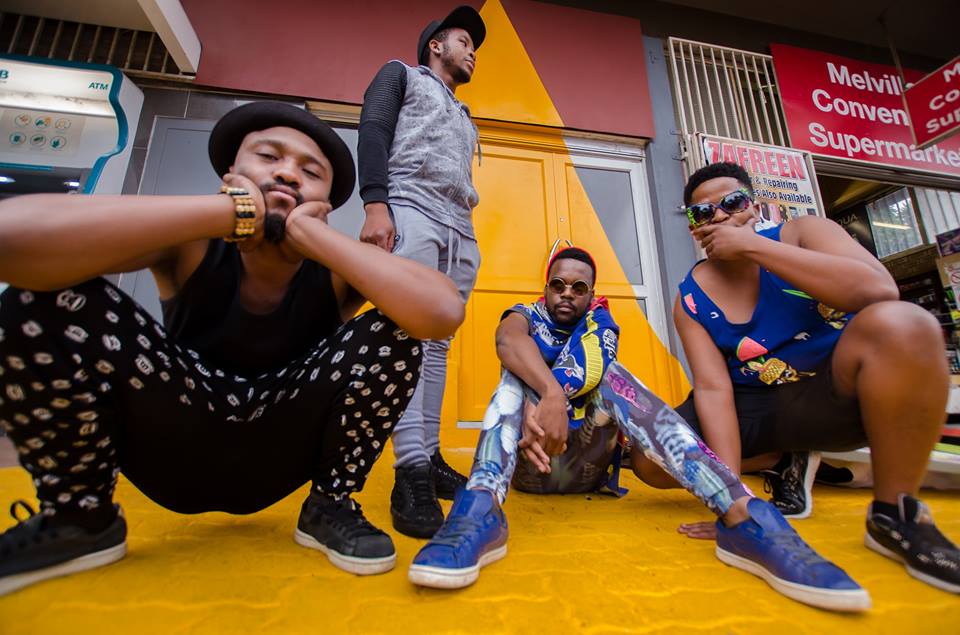 The creative and socio-political approach that they have to their music is what has kept them interesting throughout their career. Artists who are also in their league includes BLK JKS and BCUC (Bantu Continua Uhuru Consciousness).

Right now they are currently on their European tour representing a one hundred percent African vibe with their ‘100% African Campaign’.

Other than being a talented local live act they are also an art performance collective. They have recently signed on with The Goodman Gallery in Johannesburg and put on their New Revolutions exhibition celebrating fifty years of the iconic art gallery.

Their sound is a hybrid of what they call “ninja gospel, maskandi rock and Afrikan voodoo pop”. It is important to The Brother Moves On to enable the soulfulness of their blackness to shine.

They are promoting their new EP, Black Tax, featuring the tracks ‘Shiyanomayini’ and ‘Bayagoloza’. Earlier albums include A New Myth (2013) and their early recording The Golden Wake (re-released 2015).

They have responded to the SABC’s new 90% local music policy with their very own ‘100% African Campaign’ saying ‘F#@K Ninety, 100% African’.

“What worried us about the SABC’s promise to have 90% SA music on our non-commercial radio and television stations is first, how do we hold them accountable for such? Secondly and most importantly, why not pan-African content instead of the age-old, self-important ‘United States of South Africa’ take on things? In a bid to connect with Africans on the road and not engender such a thought process, we’ve decided to throw 100% African parties in all the territories we’re visiting.” said  Siya Mthembu

The Brother Moves On will carry the theme of this campaign throughout their European tour.