You are here: Home / News / Experience synesthesia through Kaleidoscope and see songs in colour

Experience synesthesia through Kaleidoscope and see songs in colour 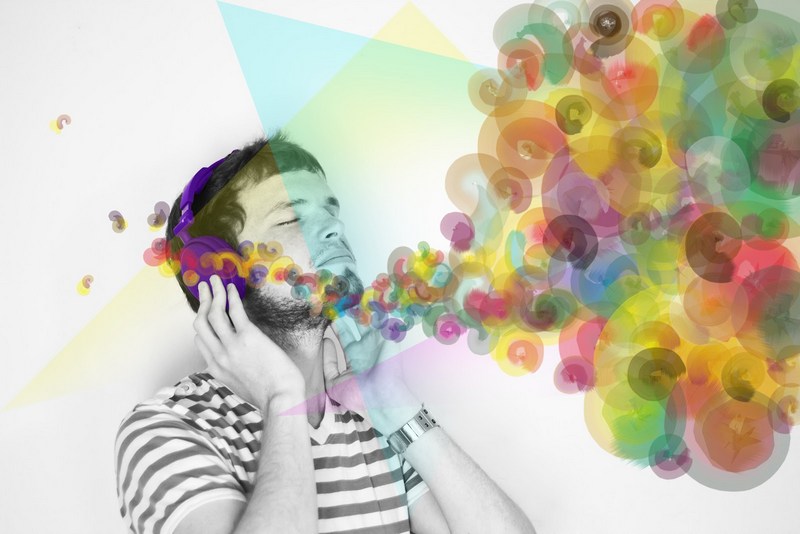 ‘Sound-to-colour synesthesia’ is the ability to effortlessly and spontaneously experience colours when hearing music and other sounds.

A kickstarter campaign has started for the company Kaleidoscope which aims to showcase synesthesia in VR.

Synesthesia ‘causes people’s senses to cross, sending certain stimuli from one sense to another. It’s something that only 5% of the population has,’ founder and multimedia artist Lucas Masoch notes on his kickstarter page.

There are different forms of synesthesia with the most common one being where people see colours on letters. To them these words may have a rainbow hue.

Some people see what temperature looks like including seeing red or blue streaks floating up their arms, but it is dependent on what they are exposed to.

Fondly this also occurs with music, a real psychedelic experience.

Masoch’s vision is to showcase what those who have synesthesia see and feel via a VR experience.

By mixing music with light and colour he hopes to recreate this as realistically as possible with the help of Red Giant’s Trapcode plugins as well as Skybox.

Kaleidoscope could possibly turn into a platform where he can tell stories with it through music.

Their kickstarter campaign boasts a modest goal in comparison to others, aiming to gain a casual $5000.

Their funding tiers are also out of the ordinary in the fact that they are personalized to the individual backer.

For instance the $5 tier will allow for an animation of you saying your name and how Mosach sees it.

For $100 you will get an entire synesthesia presentation of your song of choice.

Here’s an example video of experiencing synesthesia through Kaleidoscope, so aptly named.