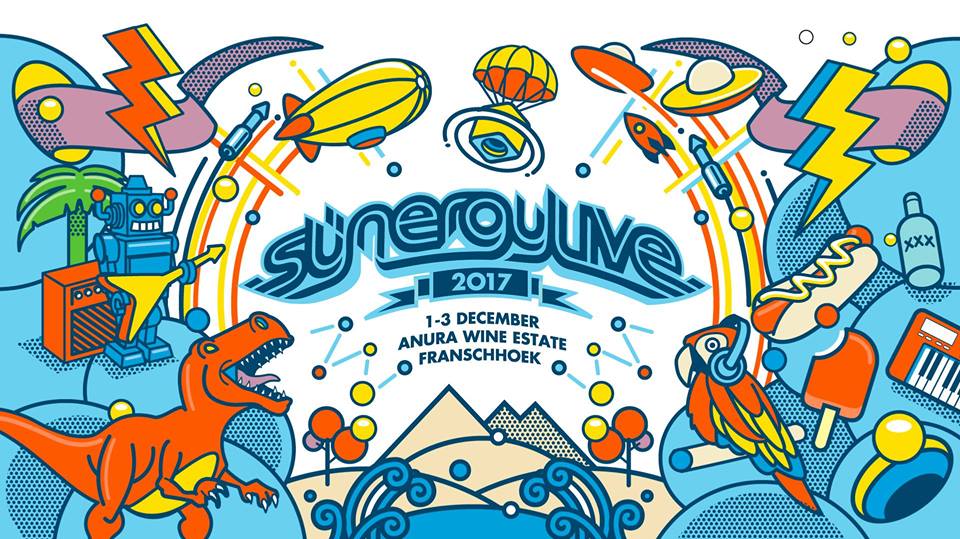 After a short break, Synergy is ready to show you its new look, feel, venue and vibe.

This 3-day extravaganza will bring you the best electronic music from both local and international stages.

Synergy has a fresh new venue a mere 45 kilometres from the city- enter the picturesque scenery of Anura Wine Estate in Franschoek that will deliver the camping experience of your dreams, they say.

From amazing music to mind-blowing décor and audiovisuals, as well as the best in artisanal food, Synergy Live 2017 promises an experience never to forget.

Expect fun-filled days and nights, where old friends and new come together to bask and dance in the beautiful province we call the Western Cape.

Line up and dance

The international line-up boasts an impressive and delectable score:

–wAFF, who is part of the Hot Creations/Paradise family, has become one of the most engaging artists on the international circuit.

–Del La Swing has mad technical skills and an ability to connect to a crowd. His main influences are drum and bass and techno, though he is known for being one of the most versatile DJs on the international stage.

–JoeSki was born in Brooklyn, NY, and a gig at NYC Wunder Bar in 1991 got him into a top pumping house club which then made him sky-rocket.

–Dino Lenny is no stranger to South Africa and Synergy. This Italian electronic producer based in London is on the world famous “Ellum” label.

–Shaded (LIVE) has a signature sound of weaving funky, psychedelic vibes and textures that breathes new life into techno.

We are giving away