You are here: Home / News / Support the DJ Spoko tribute and fundraiser

First, we mourn, now we commemorate with a DJ Spoko tribute and fundraiser. 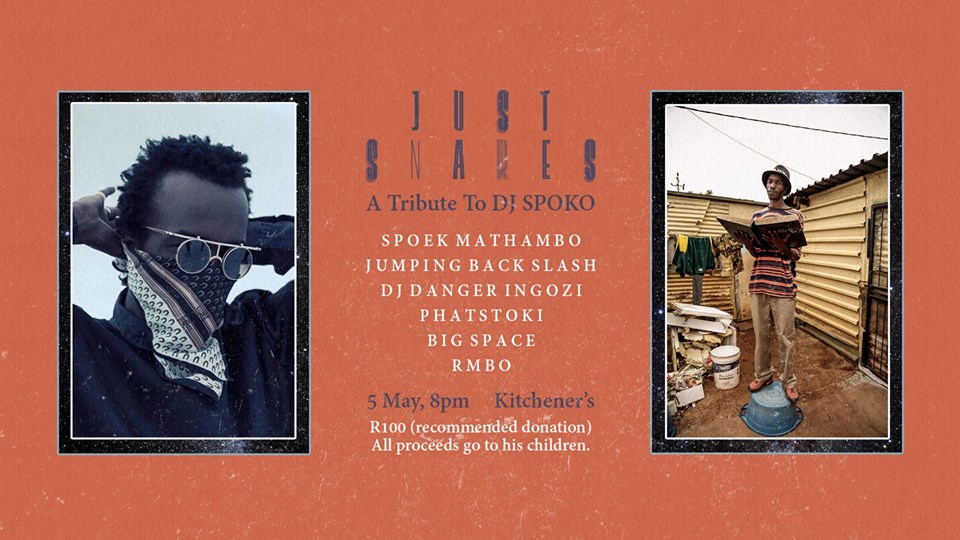 On the 14th of March, 2018 South Africa lost one of its most formidable pioneers of Bacardi House, DJ Spoko.

After battling a long-term illness, Spoko left us and his family at the tender age of 35, as was reported on IDM last month.

Now, after mourning the loss of a powerhouse who has helped shape the electronic music scene in South Africa, Kitcheners will honour his work with a tribute show that will also act as a fundraiser.

The name of the DJ Spoko tribute event is “Just Snares,” and will take place on 5 May 2018 at Kitcheners in Braamfontein, Johannesburg.

As is seen on the event page, “All proceeds* go directly to a trust account benefiting his three children, aged 7, 9 and 14 years. The trust is currently being used for school fees and educational needs for the kids. All funds due to DJ Spoko are being channelled through this account, which his kids will have access to once of age. It’s important that the legacy of one of the most original voices in global electronic music is maintained not just as an ephemeral influence, but as a tangible benefit to his heirs.”

The event will feature some of SA’s finest, including Spoek Mathambo, Jumping Jack Slash, RMBO, DJ Danger Ingozi and Phatstoki.

There is a recommended donation of R100 at the door (Sure they won’t mind more), and 100% of door income will go directly into the trust.

If you can, gather and celebrate a legend of our music scene by attending the DJ Spoko tribute and fundraiser.