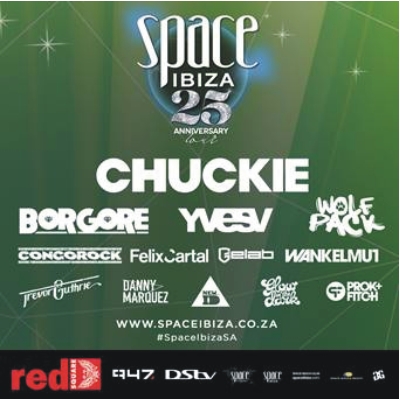 The Space Ibiza SA tour arrives in Johannesburg on 29 November 2014 as part of the worldwide 25 Anniversary Tour and they are promising an explosive day-night music event  at The Riversands Incubation Hub.

Explosive enough for the Space Ibiza SA tour to boast no less than 13 international DJs which will range from Dirty Dutch, progressive tech and drum ‘n bass to dubstep, deep house and deep tech.

The 13-strong lineup will be headlined by Chuckie and sensational Israeli-born DJ, Borgore who claims to be “A young man following big dreams, a private beach and the Olsen twins.” Enough said. Chuckie’s dirty-dutch house anthems makes him the figurehead of that particular style and is known for effortlessly mixing up hip hop and house with sublime ease. His “B the change” single was inspired by quotes from world leaders like Mahatma Gandhi, Nelson Mandela and the Dalai Lama

The Space Ibiza SA Tour boasts two dancefloors. There will be a Deep tech floor for those who like it less rowdy and more moody and there’s a Progressive Tech main floor which will move onto tech house and finish off with electro. Basically the EDM floor, where anything goes, but expect big room bangers all night for sure.

The massive demand for tickets to the Space Ibiza SA Tour after it was announced has forced local promoters, G & G Productions, to move the Joburg leg of the tour to a bigger venue to accommodate more people. The Riversands Incubation Hub is a brand new venue and Space Ibiza will be the first large-scale music event to be held there. An amphitheater has been constructed that is designed specifically to cater acoustically to music shows of this size. This new venue will mean G&G has the opportunity to create the ultimate Space Ibiza experience that has become known around the world.

Joburg is one of 25 cities that will host Space Ibiza as part of its “25 Years, 25 Cities” anniversary tour, where it will make history by visiting 25 cities around the world including Moscow, Jakarta, Dubai and many more. 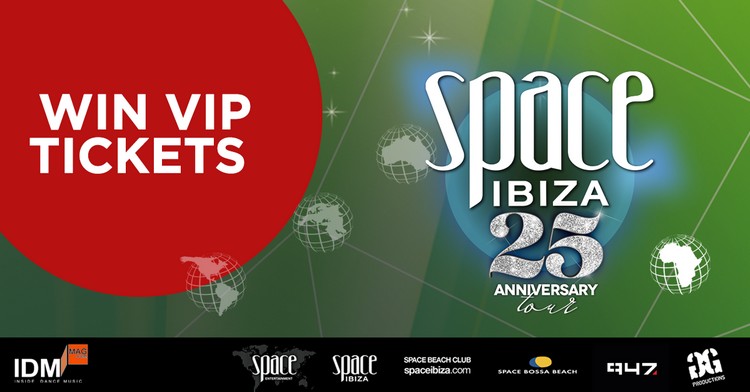