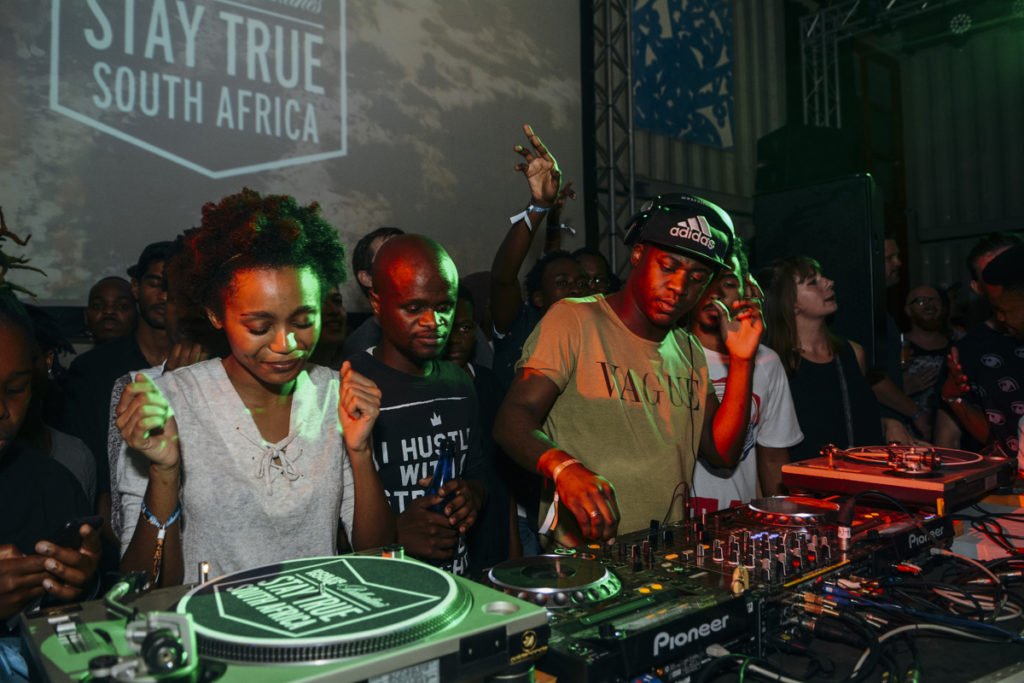 Ballantine’s True Music has been making its name in the SA house music scene for years with Boiler Room, and they went back to the roots of house music for their last stop on the True Music Africa tour 2018, with the first-ever Pretoria show. It brought together a stellar roster of house selectors for another incredible event at a secret location.

After an amazing Boiler Room event in the home of house music, Pretoria, on 5 December 2018, artists such as the likes of Oskido, Kat La Kat and music journalists such as Charl Blignaut, Sihle Mthembu and many more sat down with the Boiler Room team to discuss, the birth of house music in South Africa.

South Africa: Sounds of the Township

The documentary is titled Sounds of the Township: A story of house music in South Africa.

The doccie details the era from the 1980’s, the so-called Bubblegum, to today’s house music sounds that includes Amapiano.

The commentators from on this doccie include music journalists Charl Blignaut, Sihle Mthembu along with insight from artists such as Oskido, Vinny da Vinci, Kat la Kat, DJ Tsitso, club founders such as Johann Rupert (House 22 Club) and so much more.

Boiler    Room    and    Ballantine’s    are    committed    to    supporting    and    celebrating uncompromising artists who do it ‘their way’. With their True Music platform, the partnership champions artists with a perseverant spirit and challenges them to continue pushing boundaries.

Africa, a vast and hugely diverse continent – culturally and geographically – is known for its myriad musical styles. From Gqom to Nairobi nu wave and eclectic afro-fusion, True Music Africa is telling the stories of the varied music scenes sweeping the continent and the key self-starting innovators in each space – all via compelling documentaries and live-streamed parties to bring Africa’s True Music scene to a global stage.ollowing the fifth stop in Pretoria, True Music Africa will land in Accra, Ghana on 21 March 2019 for another Boiler Room first with an appearance in the coastal capital.