Not too long ago German borne trance machine, Markus Schulz, made South Africans shout with the release of Scream that was followed by a local tour.

Now there’s sequel on the way.

Scream 2 has been promised to be an offering that features a wide array of influences and collaborations. According the official press release, Scream 2 is as much a throwback to the powerful sound that catapulted Schulz to stardom in the early 00’s as it is a challenge to today’s top producers. This album is such a tremendous sonic achievement, that it will surely stand the test of time well into the future, reminding people years down the road of what commitment to quality sounds and feels like.

Only time will tell.

Schulz has teamed up with long-time collaborators and new talents alike, seeking to showcase some of the highest quality vocalists and writers in the scene. The emphasis on songwriting is apparent throughout the album, making sure that these songs are far more than a passing trend, to be forgotten in a few months or even weeks.

Every bit the follow up to the first in the series, Scream 2 is the culmination of a gargantuan career, and a clear line in the sand for all aspirational DJs and would-be superstars. Check out the behind the scenes video to catch a glimpse of the efforts and inspiration behind the fifth artist album fromMarkus Schulz, ‘Scream 2’.

Markus Schulz’ Scream 2 has been released. Orders available through iTunes here, you can also checkout the CD on the Armada Music Shop here. 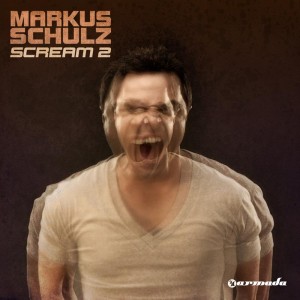