When smuggling DMT you need to get creative, but this just takes the cake. 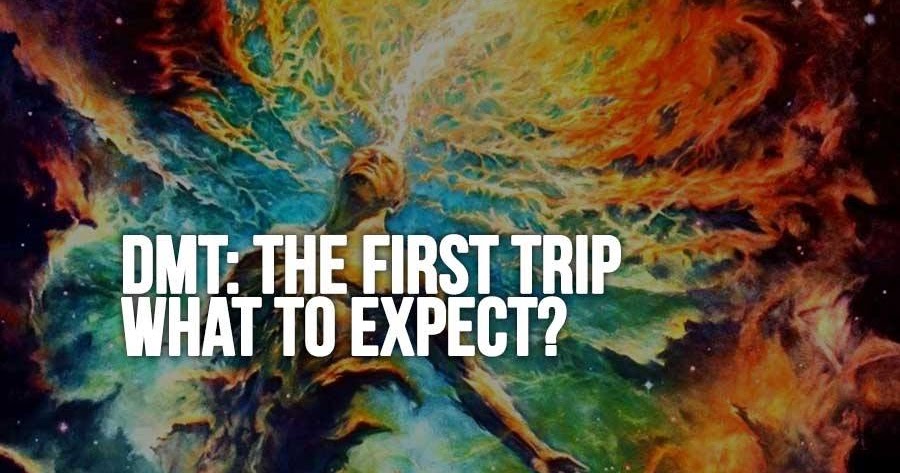 Since the dawn of drugs being illegal, people have been smuggling them in a plethora of different ways.

Technically you just need a unsuspecting stash spot and you’ll be good to go. (There was even a case of a woman who smuggled cocaine in her breast implants.)

Luckily this one festival-goer didn’t need to go through such drastic measures seeing as he was only travelling cross-country, not cross-continent.

The guy in question, who shall be referred to as ‘dude,’ attended Hulaween Festival on the Suwanee River in Florida during the last weekend of October-Halloween, I guess.

This year Bassnectar, Ween and The String Cheese Incident all headlined, bringing an eclectic group of people together, and with that a fair share of drug ‘enhancement.’ 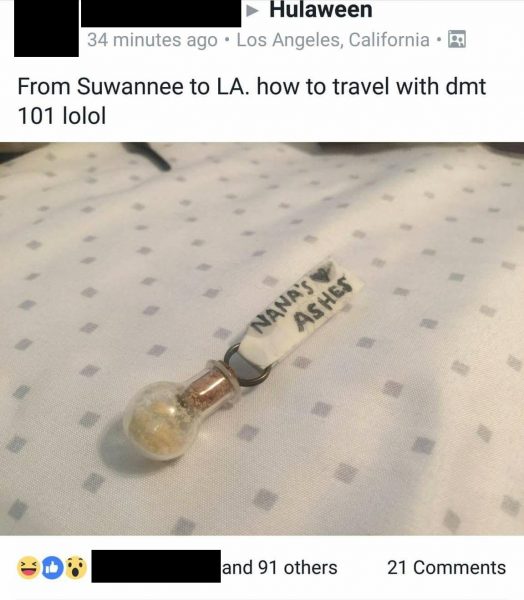 I’m not even sure what that’s supposed to mean, but it sounds adventurous, which is the epitome of ‘dude.’

DMT is arguably one of the most powerful psychedelics in the ‘drug’ Kingdom, you can even ask Joe Rogan, host of Fear Factor and reveler of psychedelics.

Evidently DMT isn’t the easiest substance to come by in the City of Angels, so our dude had to get creative and smuggle the DMT in a creative way.

-This way so happened to be disguising the drugs as his grandma’s ashes.

It is not said whether they ran into any law enforcement en route home, though they did make it home safely.

This is an inspiring, and sad story. Flakka the zombie drug is legal and can be ordered online but a few friends can’t expand their consciousness with some DMT.

Well, if you were ever wondering, you can use an ‘urn’ for smuggling DMT.