You are here: Home / News / Skrillex is the all time top Grammy award winning electronic artist 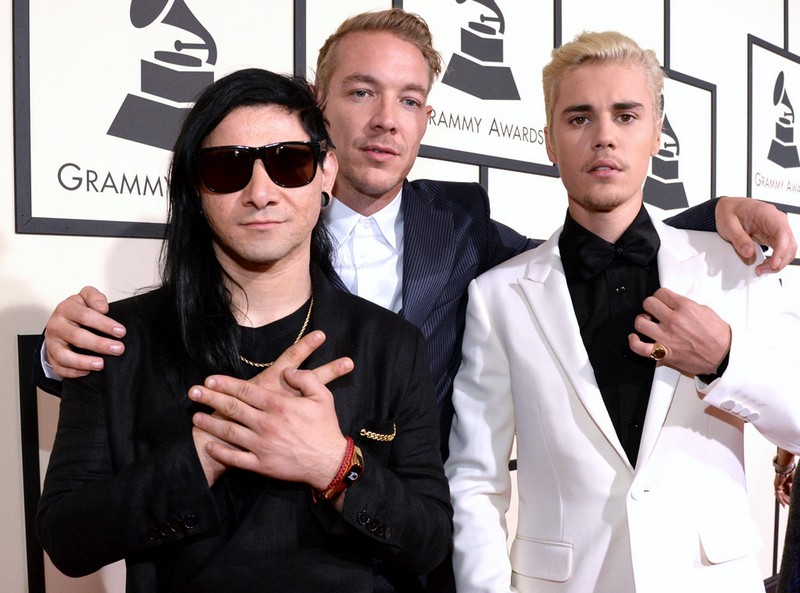 Diplo found himself nominated in three categories for Producer of the Year and twice for his work on Jack Ü.Skrillex holds a total of eight Grammy awards, putting him ahead of the ever celebrated Daft Punk duo.

Before this year’s Grammy awards night, Skrillex and Daft Punk both held six awards each, putting them head to head as leading mainstream electronic music artists.

The Daft Punk album Alive 2007 received two Grammys in 2009, and thanks to Random Access Memories and “Get Lucky” they earned two more. Skrillex’s other Grammy awards were received in 2012 and 2013 for his work on Scary Monsters and Nice Sprites and Bangarang.

It was a big night for the DJ/producer; he won in the Best Dance Recording for “Where Are Ü Now” with Diplo and Justin Bieber. He also won the Best Dance/Electronic Album award for Skrillex and Diplo Present Jack Ü. These wins officially make him the most decorated electronic music artist at the Grammys. He beat out other electronic music artists such as The Chemical Brothers, Jamie XX, Above & Beyond, Flying Lotus, and Disclosure.

His big wins at such a high profile awards show is proof of how far reaching and impactive the dance music world has become. Electronic dance music or in this case specifically, EDM has equal status next to the world of pop music.

Some of the world’s most famous pop stars rake in Grammy awards in the total of seventeen and up. Perhaps Skrillex may be the first electronic music artist to take the genre to that level. It’s an exciting moment for the EDM producer; let’s see what he makes of it.

Skrillex along with a massive list of international EDM stars will be performing in South Africa on the weekend of 26-29 Feb at ULTRA South Africa.