Sho Madjozi rocked Superbowl weekend when she performed at the BudX concert in South Beach. 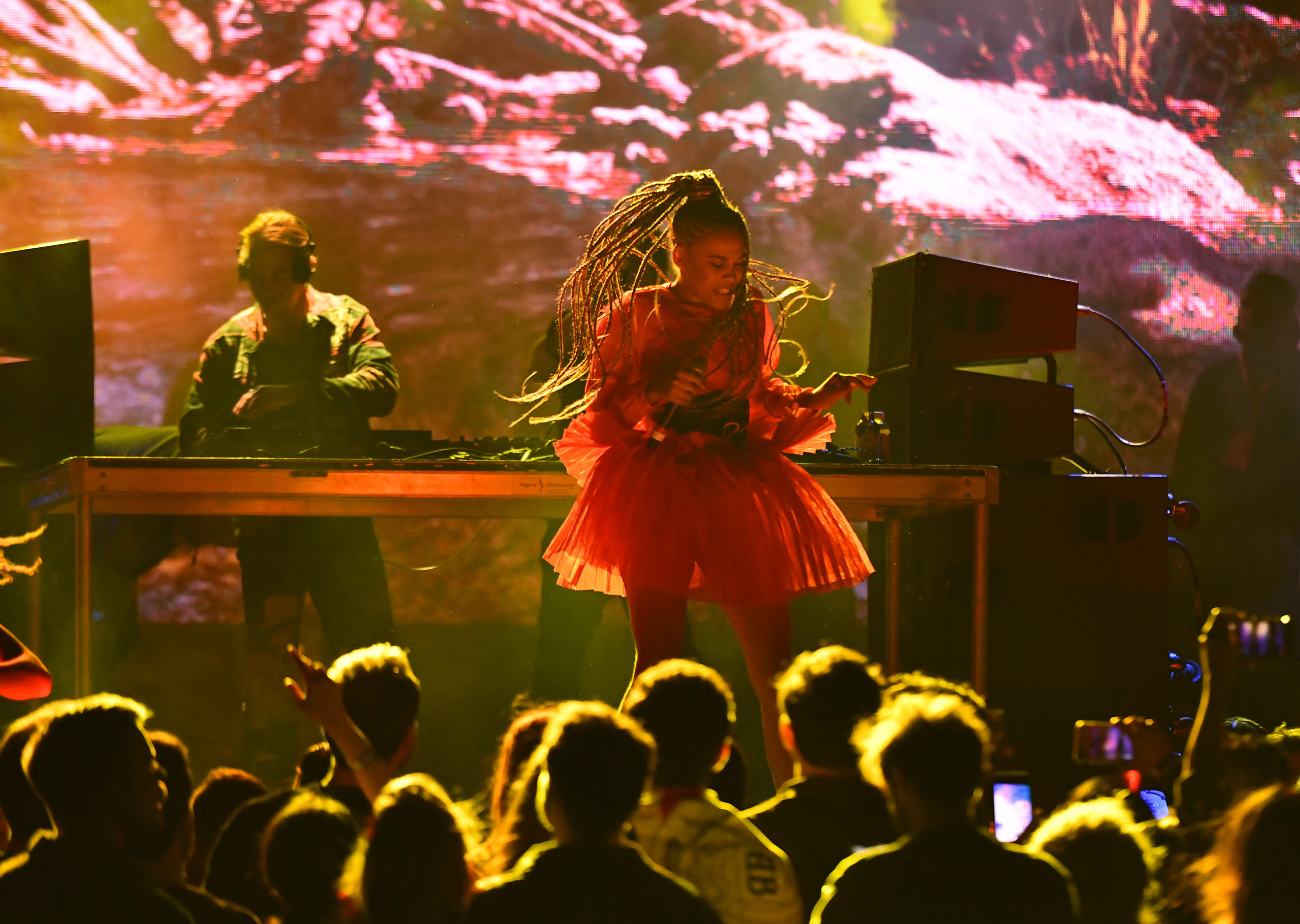 Sho Madjozi is taking the world by storm.

Regarded as one of the best performers in Africa, Madjozi incorporates the Tsonga culture through her music and public image.

This past weekend the talented singer/songwriter/rapper/poet represented South Africa when she performed at the BudX concert in South Beach during Superbowl LIV.

About her performance, she said:

“The entire world is looking at us for what is happening next, culturally, musically etc. It’s so clear that Africa is leading the way trend-wise.

The best part is that we are just being our authentic selves, being proud of our heritage and telling our stories.”

SA in the USA

Sho Madjozi wasn’t the only Saffa representing the Mzansi massive.

During Diplo’s set, Moonchild Sanelly and her signature blue locks made a surprise appearance, where she performed an impromptu rendition of iWalk Ye Phara.

To combine my love of sneakers and pay homage to hip-hop culture as an important element in my design style and tell a story from an African perspective at an event like BUDX, which celebrates Kings of Culture is a once in a lifetime opportunity,” Moletsane said of the event.

Besides repping SA in the USA, Sho Madjozi is also doing her bit to empower young women in the music industry. Last week she joined forces with Bridges for Music to launch a scholarship– so ladies, apply today.