You are here: Home / News / Rocking the Daisies 2018 international line-up thus far is… 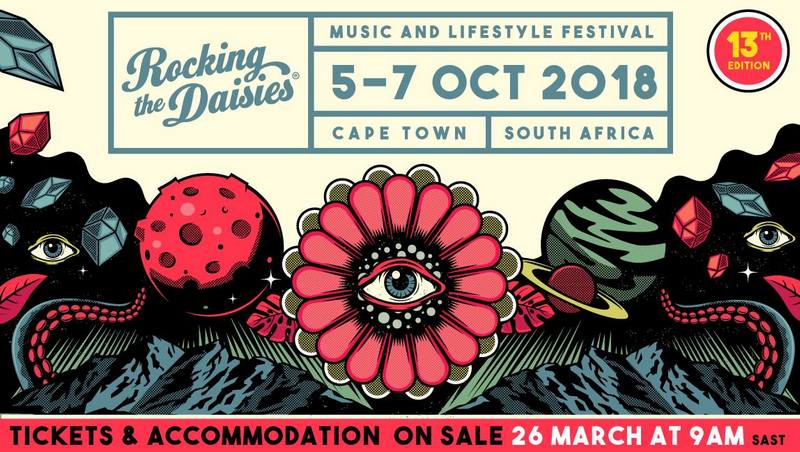 There may be a whole winter between fans and RTD 2018, but the ‘Glastonbury of Cape Town’ is a mere 125 days, 21 hours and 59 minutes away (at the time this article was written.)

What better way to warm up festivalgoers than to announce the international acts that will be serenading you come Daisy time, 5-7 October 2018?

We already know that Mura Musa and Goldlink are on the bill, but knowing the outrageousness of Daisies, that is just the tip of the musical ice burg with much more lurking below.

Apart from these two acts, they have announced the edition of five more international acts joining the line-up, all of varied genres.

Maybe I’m fossilising because not one of these names made any neural connection in my brain; what- still no Queens of the Stone Age?

The amount of talented musicians in the world is astounding and these acts are no different.

While I admit I have been living under a rock, it feels like I’ve re-emerged into a different era when listening to Majid Jordan’s dark and hypnotic indie R&B as well as Gus Dapperton’s synth-heavy dream pop.

Tom Grennan comes in with the classic raspy and powerful UK-accented vocals coupled with fiery lyrics and a passionate delivery.

And then you have Reeps One, a beat boxing genius who puts all instruments to shame with his elastic vocals; definitely an act to look out for.

US rapper 6lack (pronounced Black) has been making waves in the rap community and completes the international line-up, for now?

Line-up wise Rocking the Daisies 2018 will have something for everyone, so let the future festival keep you warm this winter.