“Porter Robinson regrets to announce that due to an unforeseen familial obligation he will no longer be able to join his South African fans at Rocking the Daisies. This decision was not taken lightly and he apologizes for disappointing his fans.” Porter Robinson management’s official statement

Vintage Culture has also released a statement on why he has opted out of Rocking the Daisies 2015.

“I have received an opportunity to perform at one of my home country’s most respected events, as a young producer it was always my dream to have an opportunity of this nature and it was a difficult decision that has left me torn. I know I will have another chance to play for my South African fans again soon and I apologize for not making it to this beautiful festival.” 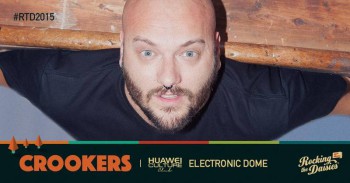 It’s a shame for all of the local fans who were looking forward to Porter Robinson and Vintage Culture. But, Rocking the Daisies 2015 has already found replacements so the party will continue.

Crookers and Betoko have joined the party line up. Crookers will be playing at the Electronic Dome and Betoko will be at the Caribbean Twist Beach Bar.

Betoko, who is originally from Mexico moved to London back in 2002. In the city he discovered his love for and developed his skills in electronic dance music. His musical style is one that combines house, tech, minimal, and hip hop into one and he is signed to Wow! Records.

Crookers is from a quiet town in Switzerland and his sound is made up of house, rap, and weird (the world recognized and signature Crookers sound).