Raw Conversations was sponsored by high end denim brand G-Star RAW. They worked with Bridges for Music to create two knowledge sharing workshops in SA.  The workshops took place in both Joburg and Cape Town. 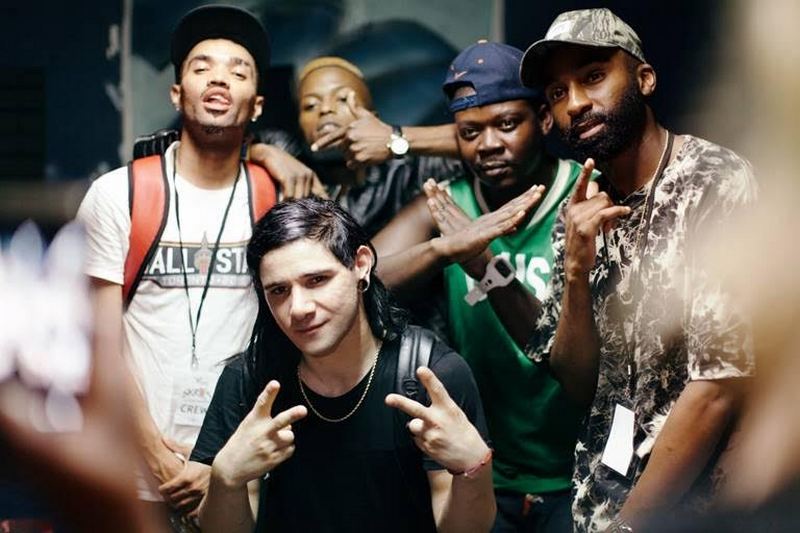 The concept behind Bridges for Music is one that aims to inspire positive change through music and education. This same theme has been carried through with these two Raw Conversations workshops which featured Skrillex, Euphonik, and local rapper Riky Rick to name a few.

Riky Rick and Skrillex engaged with local artists in underprivileged communities such as the Kliptown Youth Centre in Soweto.

The first workshop happened in Kliptown which is the largest township on Joburg. There, Skrillex and Riky Rick shared their individual creative journeys in the music industry. They talked about how they obtained success in the business through determination, faith in themselves, and of course hard work.

The Raw Conversations workshop also hosted Euphonik who kicked off the talk on the couch with Gqom pioneer, DJ Lag. The workshop ended with an impromptu set by Skrillex and a hype performance by Riky Rick.

For the Cape Town leg of the Raw Conversations tour they went to the T’soga Centre in Langa. The centre has been taken over by Bridges for Music where they have built a Music and Entrepreneurial school.

The talk ended with DJs Fosta and Siphe Fassie, an 18 year old artist who has been working with Bridges for Music for four years, jamming with Skrillex.

Bridges for Music is an international non-profit organization that supports the development of electronic music in developing countries. Their desire is to leave a positive impact in disadvantaged communities and to help raise global awareness about local issues through music.

Raw Conversations by Bridges for Music