You are here: Home / News / Ralf Gum In The City Video – Watch it here

The Ralf Gum In The City Video has just been released.

There’s no denying the genius that is Ralf Gum when it comes to his musical excellence. He seemingly can do no wrong whenever he decides to present us with a delectable offering from the vaults of GOGO Music and his latest single, “In The City” is no different.

While his music comes second to none, South Africa’s adopted muso hasn’t always had the same fortune with his visual creations. The “Take Me To My Love” music video was a painful let down for a single that became a national anthem. Lately though that seems to all be changing. 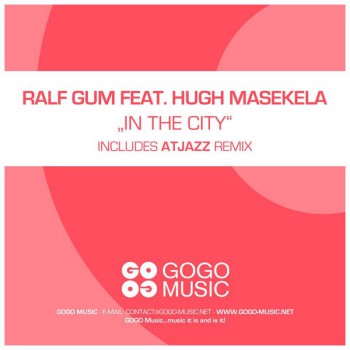 “The Pap”, which also features Monique Bingham, gave us the first real well-shot, pleasantly comic and thought out video from the producer and this past Friday (3 July) fans got their second dose of the new Ralf Gum. This ode-to-Johannesburg, Ralf Gum In The City Video, debuted on SABC 1 and thankfully it continued Gum’s steps in the right visual direction.

The bustling Small Street, the roadside barbers and the garbage recyclers who seems to operate on the fringes of reality all make appearances while Ralf Gum does what house DJs do best… walk in the street for the heck of it. The legendary vocalist Hugh Masekela also has a cameo which seems to alude to how he’s schooling an inquisitive Ralf on the history of urban migration to our infamous Jozi but maybe I’m overthinking that part.

Ultimately though it may not be as monumental a video as say Riky Rick’s Nafukwa but if you care to look deep enough, you’ll see a video that carries far more imagery and meaning than is the norm these days from our house community. There in the moments of stillness as Johannesburg rushes past a stagnant Ralf you see that it’s true… everyone really is running to the city and there’s no more space.

Watch the Ralf Gum In The City Video below and let us know what you think: