Raja Ram has been announced  as the headliner artist for Vortex Easter 2015.

Many regard Raja Ram as the Godfather of Psychedelic Trance – the effervescent and lovable ringmaster  has never visited South Africa to perform so this is indeed a big deal for the psytrance scene.

At 74 years of age, he has led a colourful and psychedelic lifestyle and has been involved with the Goa  trance and psytrance movement from its early beginnings having traveled to  Goa in 1998 to discover his first beach party. 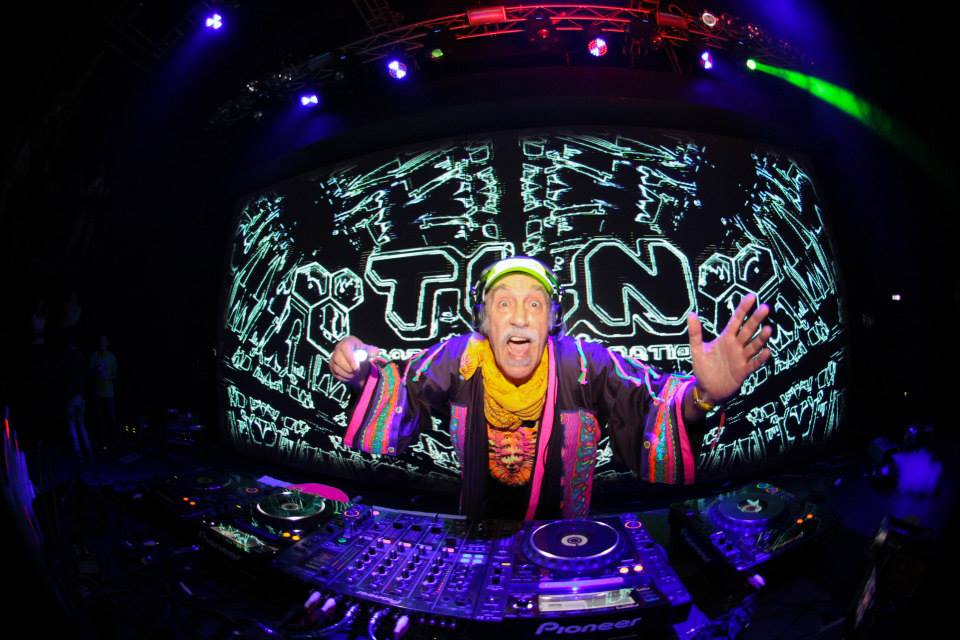 Raja Ram’s earliest foray into music dates back to the 60’s! Yup kids we’re talking about a genuine bonafide 60’s generation kid  here! He had a band called Quintessence which was signed to Island Records, the same label that introduced Bob 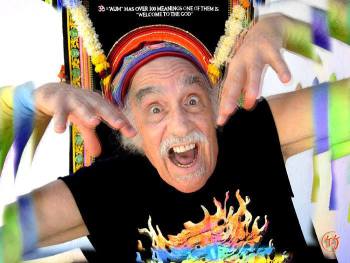 Marley to the western world. In the 80’s he discovered the TB-303 and Yamaha MX-5 and started to dabble in electronic music. After a trip to Goa in ’88 the Trance bug bit and together with Graham Wood formed The Infinity Project releasing on the leading GOA Trance labels of the early 90’s – Blue Room and Dragonfly Records, the latter a label founded by the rock band Killing Joke’s bassist, YOUTH.

In ’94 Raja Ram launched Tip Records which has released some of the most cutting edge psychedelic trance of all time! Their London Tip parties were legendary, attracting all the top artists in trance at the time.

1995 saw the birth of Shpongle – a project he started with Hallucinogen’s Simon Posford. Shpongle have released 4 critically acclaimed albums and both a Shpongle DJ set or live set 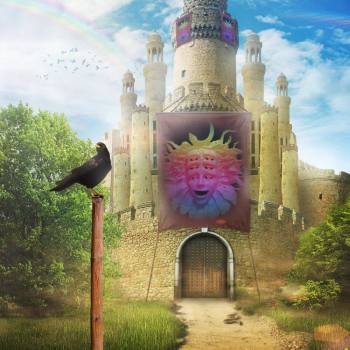 is said to be something close to a spiritual experience by many! They are currently working on a fifth studio album so let’s hope we get to hear some new and unreleased Shpongle at Easter!

Raja Ram is also the founder and 1 of 4 members of 1200 Micrograms (1200 Mics) – alongside Riktam & Bansi (Growling Mad Scientists – GMS) and Chicago.

Their debut album in 2002, simply called 1200 Micrograms has often been cited as one of the most defining psychedelic trance albums of all time and heralded in a fresh new sound that became the template for psytrance as we know it today! With each track named after a psychoactive substance the album takes the listener (and dancer) through nine powerful trance states of full on music.

Raja Ram will be doing both an exclusive Shpongle DJ set at sunset on Sunday evening as well as a full on psytrance set featuring all the 1200 Micrograms material at Easter Vortex. 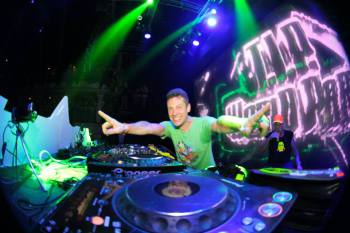 Lucas O’Brien is in fact Raja Ram’s son-in-law and is bestowed the mantle of managing and running TIP WORLD. Starting out as a techno DJ in the 90’s at renowned London clubs such as The End, Heaven, Club UK and Fabric, he soon discovered that his sound was edging closer to the acid leads of Goa trance which inevitably led him to playing at some of the early, now legendary, TIP Parties in London. Aside from being one of the UK’s leading psytrance DJs, he is also a producer with two highly acclaimed albums to his name (God Save The Machine & Tales Of Heads) and has many more collaborative projects on the go with artists such as Eat Static, Hallucinogen, Avalon, Tristan, Dickster, Sonic Species and Laughing Buddha.

This is Lucas’ second visit to South Africa having rocked Rezonance 2014/15 and is enthralled to be returning with one of the greatest minds of the psychedelic trance movement: Raja Ram!

The gate price will drop during the party…. Prices and times will be published just before the party.

✧ PLAYING IT FORWARD ✧
A Donation Box for any items that you would like to donate to the underprivileged will be available at the gate. 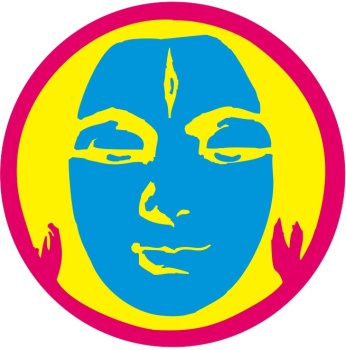